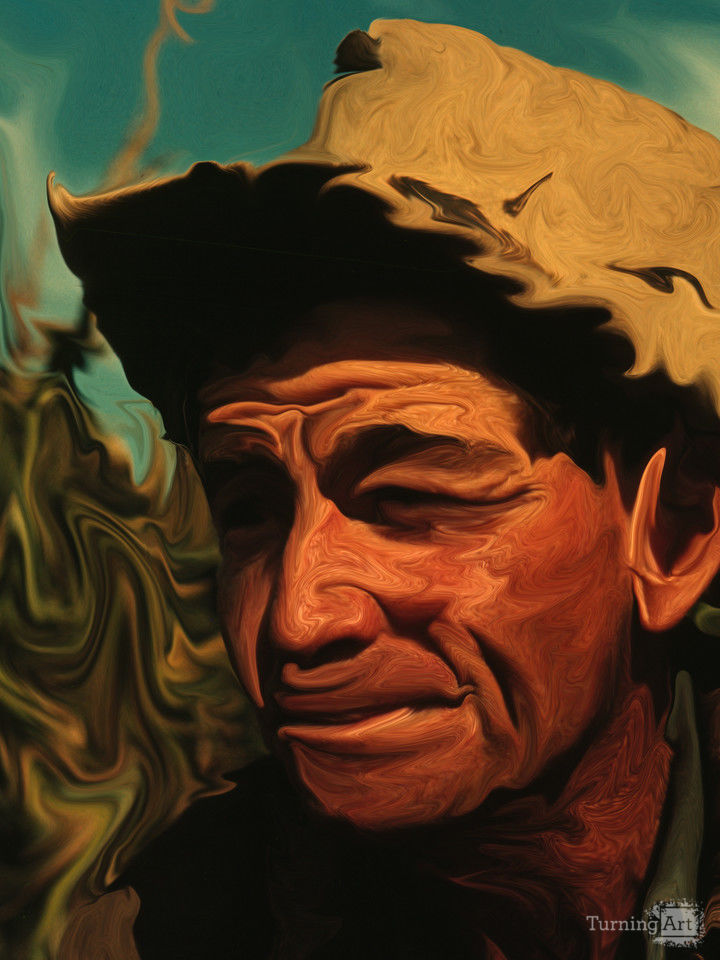 Heavily manipulated photo (based on a photo from the Library of Congress: http://www.loc.gov/pictures/resource/fsac.1a34135/). He's gone from weather-beaten and rugged to wood-grained and truly of the earth.