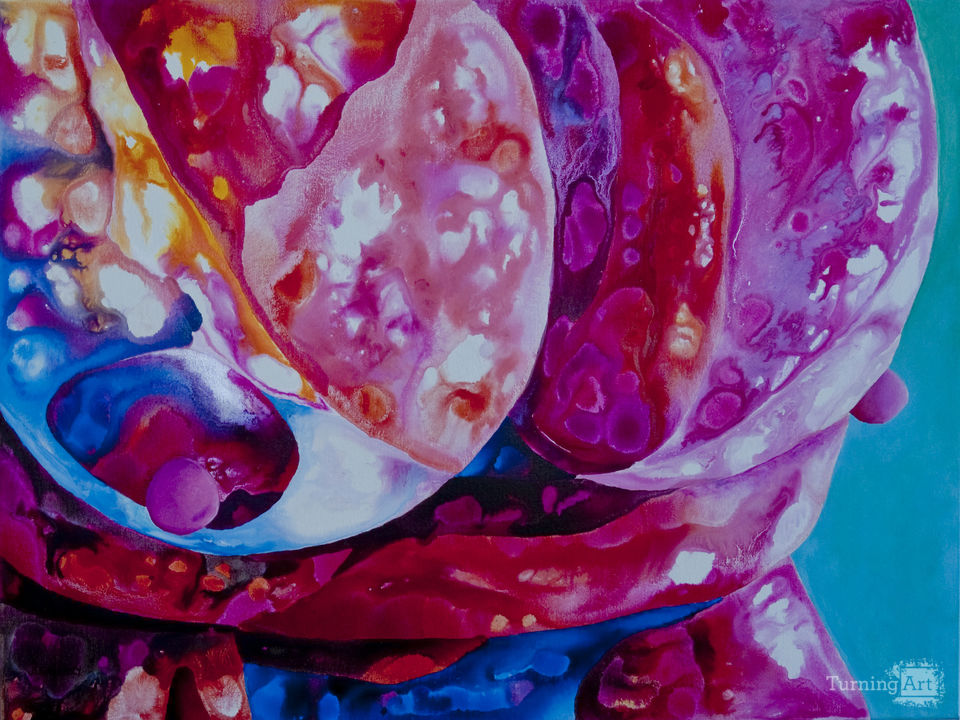 Painting of a female nude torso in many colors. The original was made with acrylic and inks on gallery wrapped canvas, ready to be hung.

Other works by Joanne Gallery

Joanne Gallery currently lives in Scottsdale, Arizona with her family. She was born in New York City, but moved to Arizona when she was young. Joanne has also spent time in Los Angeles and New Zealand.

She became a full time professional artist in 2000.

Joanne has been in numerous art shows and galleries in New Zealand and Arizona. She was also asked by SRP, an electric company, to paint a refrigerator for Country Thunder and attend their four day concert in 2010. She did a commercial for them as well.

She won the cover of the Vortex, an art magazine, for her painting Mahala in 2010. She has been featured in the magazine since 2007.

Joanne's style is constantly changing and she is currently using inks with acrylics for a watercolor effect. She considers her work representational with an abstract touch. She usually paints her subjects close up with lots of color.