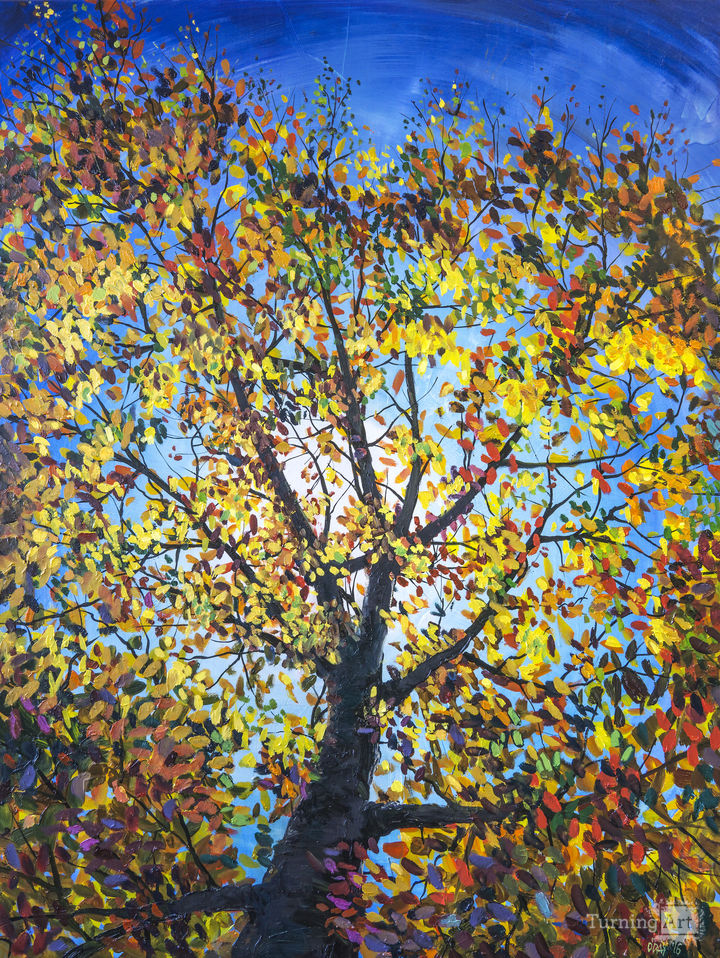 I wanted to paint this tree because one day this past fall whilst playing in the foliage, we shared a magical moment under its branches.

Other works by Adam O'day

Adam O’Day has been known to paint expressionistic and impressionistic views of famous cities around the world, especially his beloved Bean Town. He'll throw the occasional fantasy-based painting in there for his own enjoyment too. However you slice it, he is painting our world and the worlds existing in his mind the same way, with gestural, expressive emotion.

In the past few years, Adam has started to focus on painting what a scene feels like, not necessarily what it literally looks like. There are elements of reality, mixed with elements of other worlds, dreams and nightmares. When painting a landscape, he'll sketch from life, using pictures and then work from memory. His scenes look familiar, but feel like a memory because he puts the finishing touches on each piece without focusing on what it looks like, instead portraying what it feels like and what he remember about it. His painting philosophy begs the question "Why paint something exactly how it looks?" He feels that if that's what you're after, you might as well take a photo.

Most recently, Adam has developed his philosophy and style to take the "paint what you feel mantra," add oil paint, and twist it with a new perspective. He paints everyday urban scenes of familiar subject matter, but then taps into his imagination to portray it through the eyes of someone from another, unknown dimension. Adam uses color as value through what he calls "alien color schemes". His current body of work delves deeper into the realm of abstraction, forgoing the limitations formal representation to create something truly expressive.

In short, Adam says that when he has an idea, he paints it without a second thought. He's come to realize that his first idea is always the most exciting.