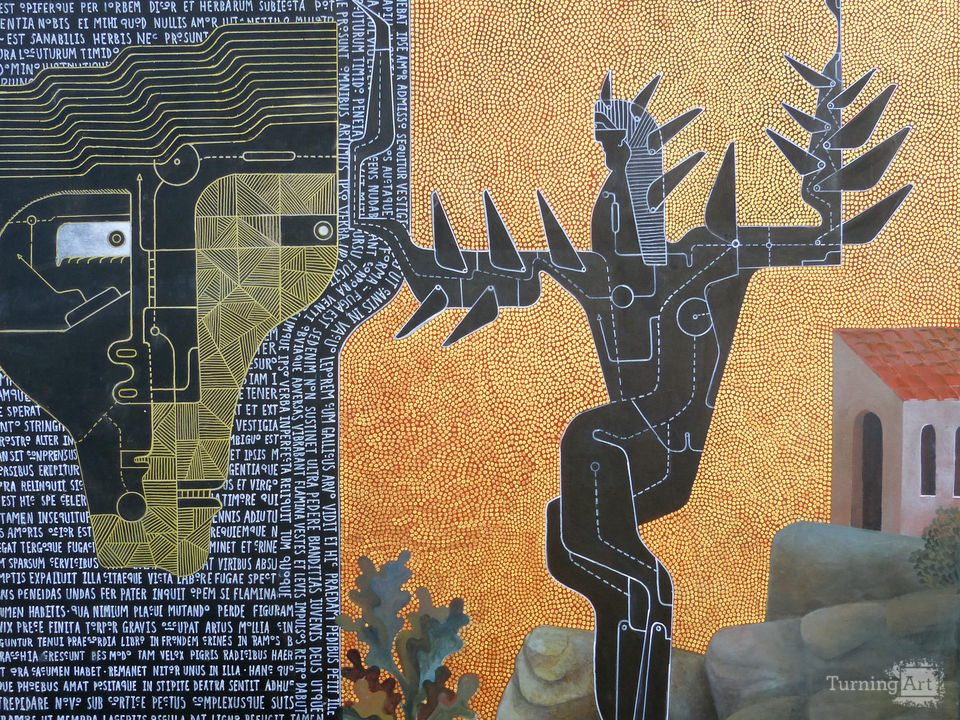 This painting is based upon the myth of Daphne and Apollo as told in Ovid's Metamorphosis. The text at left is a portion of Ovid's tale. Large double face at left represents Apollo, and Daphne is pictured as she turns into a tree, escaping his pursuit. The landscape in the background refers to the Italian landscape as depicted by the Siennese painters of the middle ages. As always, the underlying theme of my work is the Singularity.

Other works by K.A. Letts

A set and costume designer by training, K.A. Letts brings an unusual skill set to her work in the studio. The artist has absorbed the influence of early 20th century masters and has combined them with techniques and imagery from aboriginal art, outsider and street art to create a unique visual language. These erudite yet accessible figurative works are tightly crafted, carefully drawn, deeply felt.

K.A. Letts is a graduate of Barnard College (B.A.) and Yale Drama School (M.F.A.) She currently divides her time between Chicago and her farm in rural Michigan. She is an Inter/National Alumna Artist at A.I.R. Gallery in Brooklyn, and a member of 555 Gallery in Detroit. She is a 2013 juried award winner of the ArtSlant.com online competition in painting.