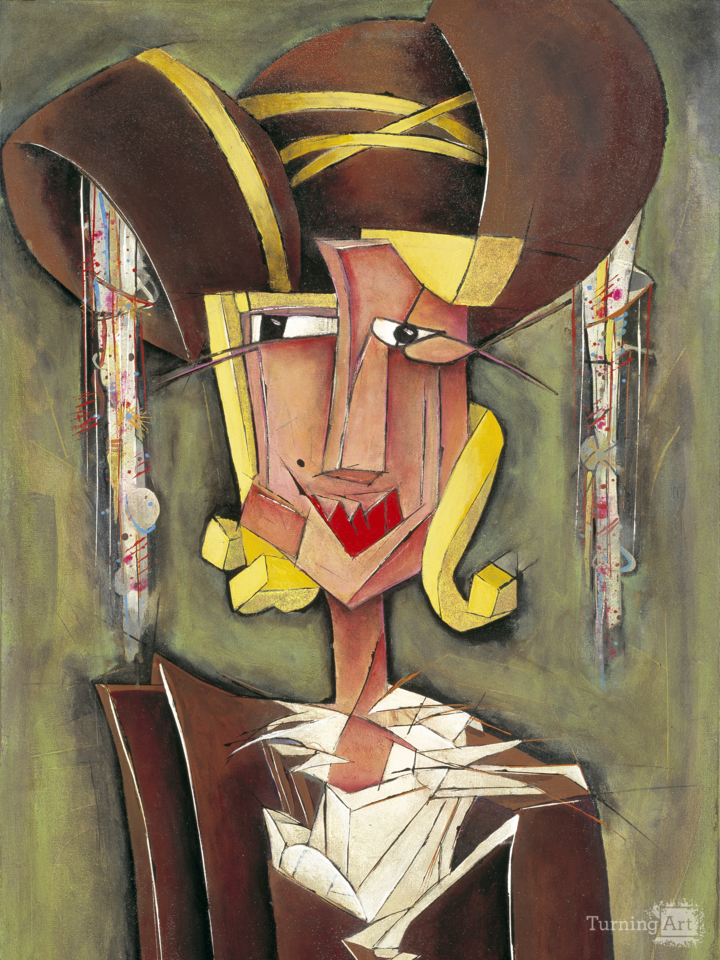 Other works by Joey Deruy

Joey DeRuy has adapted to his surroundings and absorbed a wide array of influences due to his childhood spent in Montana, Hong Kong, Kenya and Maine. Born in the late 70’s to American philanthropists, Joey was influenced by the modern art and portraiture he observed as a child. At the age of 11, Joey was featured in his first art show in Helena, Montana. His works in pen and ink have been utilized to create tattoo art, ad illustrations, international magazine recognitions, and candle illustrations. He has since expanded into oils, acrylics and mixed media to create the technology-influenced characters that grace his paintings. Stemming from his youth spent in East Africa, Joey's earlier mediums began with encaustic powder mixed with beeswax, which is one of the oldest painting techniques. Joey’s medium varies from pen and ink, graphite, flower petals, plants and ashes all composited on canvas.