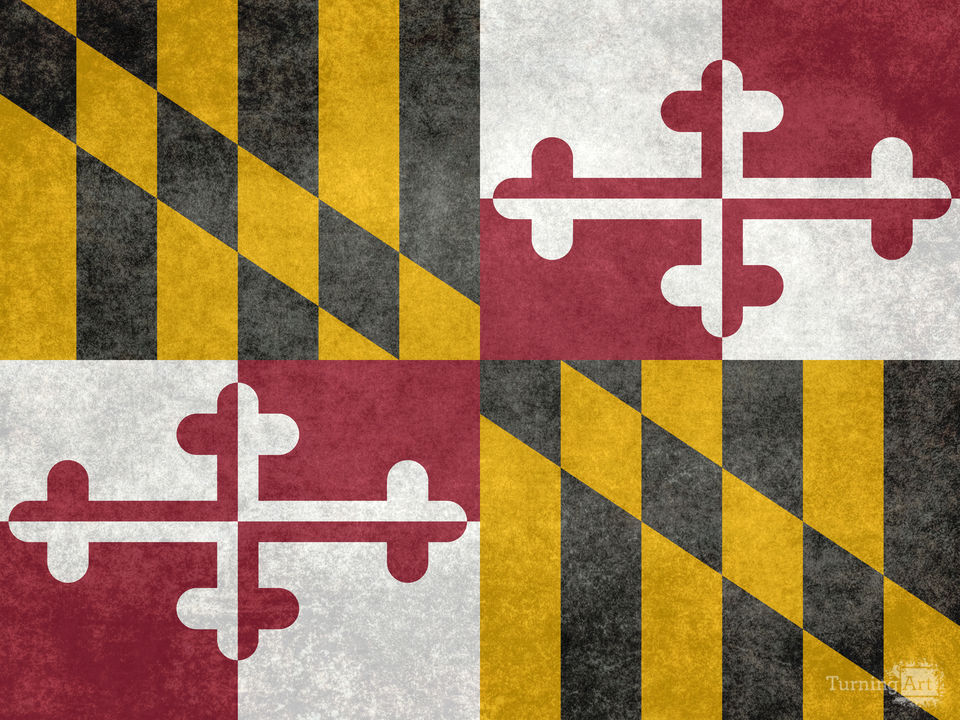 Maryland is a state located in the Mid-Atlantic region of the United States, bordering Virginia, West Virginia, and Washington, D.C. to its south and west; Pennsylvania to its north; and Delaware to its east. The state's largest city is Baltimore, and its capital is Annapolis. It has three occasionally used nicknames: the Old Line State, the Free State, and the Chesapeake Bay State.
One of the original Thirteen Colonies, Maryland is considered to be the birthplace of religious freedom in America, when it was formed in the early 17th century as an intended refuge for persecuted Catholics from England by George Calvert. George Calvert was the first Lord of Baltimore and the first English proprietor of the then-Maryland colonial grant. Maryland was the seventh state to ratify the United States Constitution.
Maryland is one of the smallest states in terms of area, as well as one of the most densely populated with nearly 6 million residents. With its close proximity to Washington, D.C., and a highly diversified economy spanning manufacturing, services, and biotechnology, Maryland has the highest median household income of any state.
The state is officially claimed to be named after Queen Henrietta Maria, wife of King Charles I of England and mother of Charles II and James II.