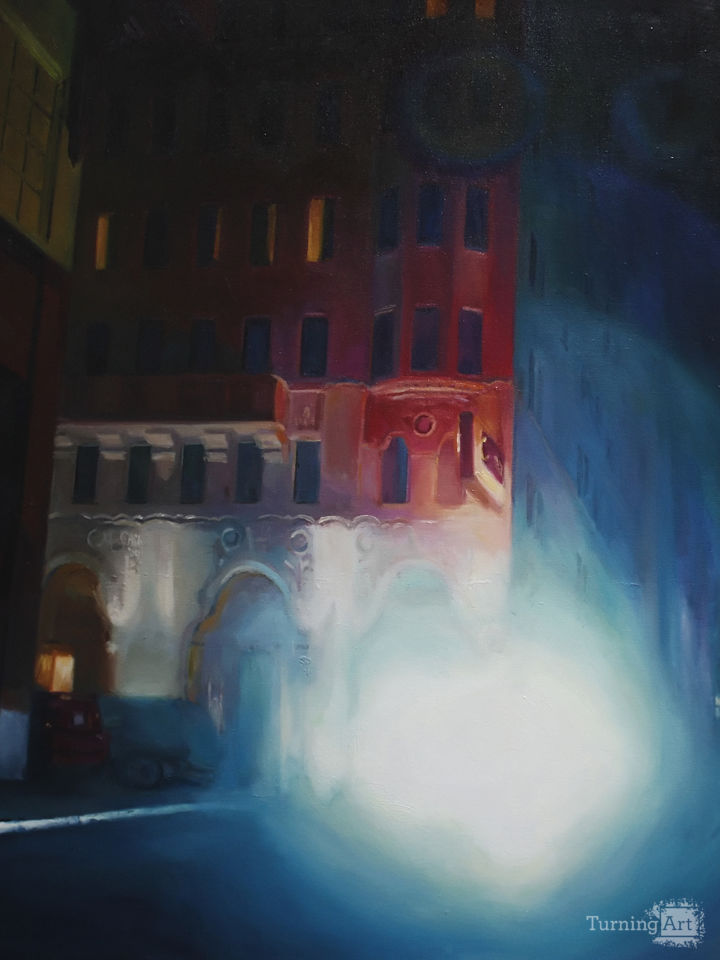 Inspired by the Tenderloin district in San Francisco, this is the 3rd painting from my "Shredding Frisco" series. The theme revolves around the duality of the emerging nightlife in the red light district. Behind the beautiful incandescent lights of the city exists a dark history. One that has made San Francisco the number one city for sex slave trafficking. During my 7 years living and studying in this city, I have become fascinated by this city's hidden truths.

Other works by Marcos Shih

Marcos was born in Sao Paulo, Brazil. He received a B.A. in fine art from the State University of New York at Geneseo in 2001. Marcos also earned an additional B.F.A. in animation and visual effects from the Academy of Art University in 2008, where he served as a part-time faculty member.

Shih's work entails visualizing urban scenes that impart a cinematic experience. An avid follower of current and past film directors, he often dreams of compositions that evoke an alternate reality. Marcos tries to capture an emotional disparity and solitude that is often felt in an urban environment.

Working in oils allows him to layer realism and richness onto each painting. Using a traditional and contemporary approach, his technique involves "wet-on-wet":http://en.wikipedia.org/wiki/Wet-on-wet applications. Shih currently lives and works in Los Angeles, CA.