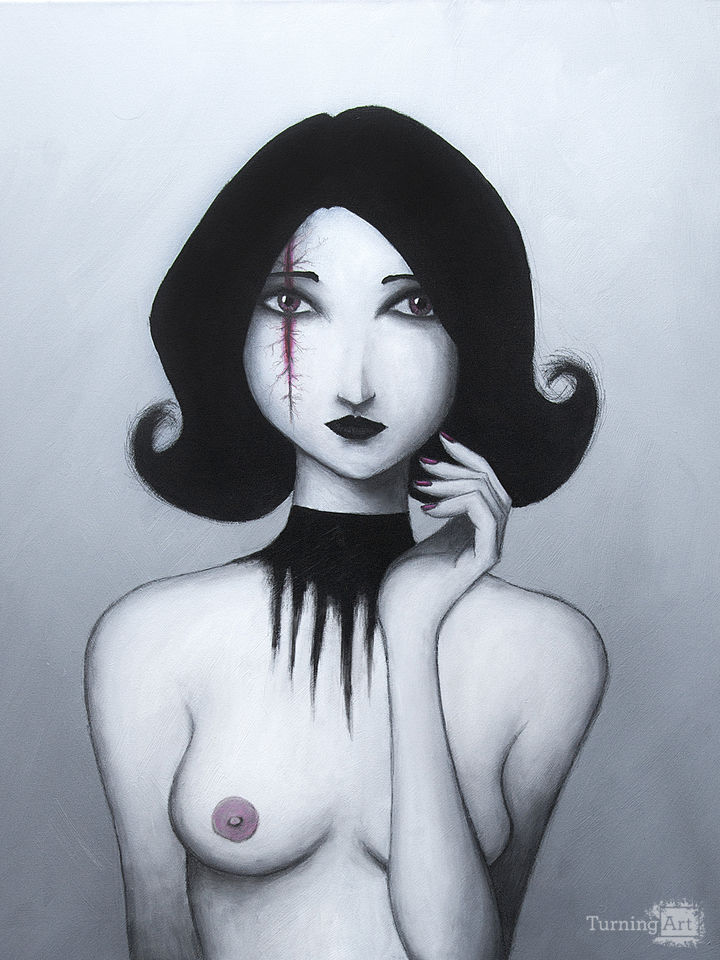 I’ve been drawing and painting women as my main subject matter for more than ten years. It might sound cliché or even perverted, but I like women. There’s a certain allure about the female form and figure that I can’t get away from. It’s hard for me to imagine creating anything else as the focus of my art. Even throughout history, you see women more often in art. So maybe I’m carrying on that tradition.

Other works by David De Lara

David de Lara is an Austin, Texas-based artist and photographer. For more than a decade, he has created original artwork from women that has been described as sensual, edgy, and provocative with an air of mystery.

The women in David’s paintings and drawings are usually not based on anyone in particular. They’re like dolls used to represent the human condition. They often portray his thoughts, experiences, and philosophies. Although what he creates is presented from his point of view, what people interpret and connect with from his work is very telling about the common ground everyone experiences.

David’s artistic glamour photography is a natural extension of his art, since women are the subject matter of both varieties. Sometimes the images of the models he photographs are manipulated to blur the line between the reality and surrealism of life. There is an interaction of what is real and what isn’t that goes beyond the captured image to create something with a new meaning.

His work has been exhibited throughout Texas and in cities across the country, including Seattle, Albuquerque, Los Angeles and New York. He has been featured in magazines and websites, received several art grants, a fashion award, and his work has been selected for many juried exhibitions and festivals.