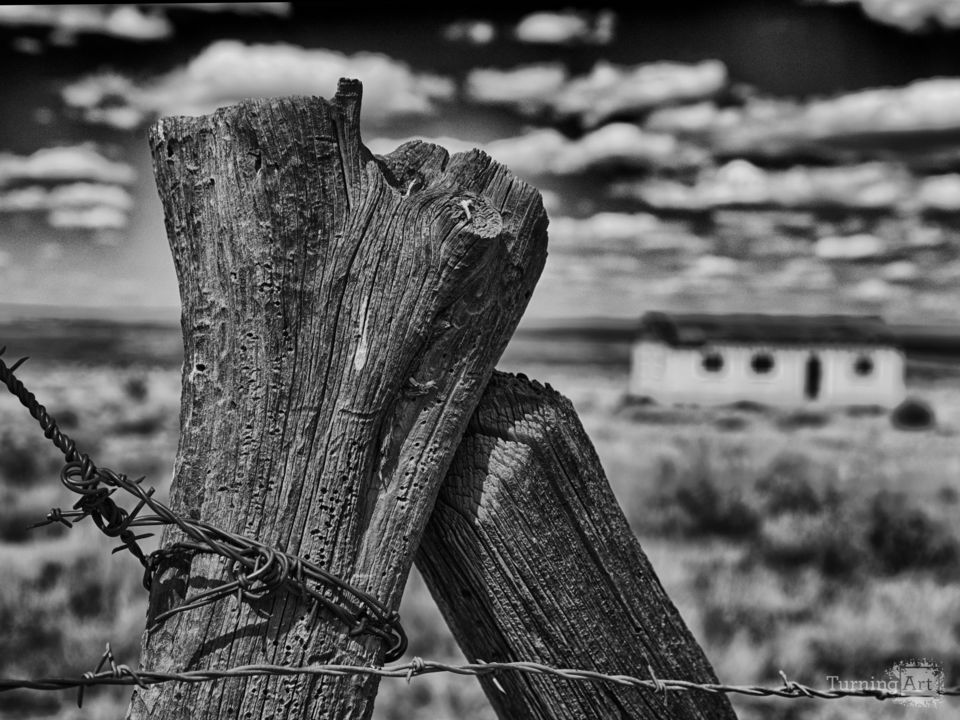 Little House on the Prairie

New Mexico is one of my very favorite places, both as a place to visit and photograph. Scenes like this old wood fence, barbed wire and the little house are a good example of why I love this place.

This image was taken on a sunny afternoon late in the day. It was a mild Fall day with blue skies, scattered white clouds — and the ancient spirits from about 3,000 years ago. As the wind whipped through the fence posts and the abandoned house, you could hear them whisper your name.

I found this scene off the main highway on the way to Chaco Canyon. Now a national park, Chaco contains the most sweeping collection of ancient ruins north of Mexico. It preserves one of the most important pre-Columbian cultural and historical areas in the United States.

At its zenith, between AD 900 and 1150, Chaco Canyon was a major center of culture for the Ancestral Puebloans. The early Chacoans quarried sandstone blocks and hauled timber from great distances, assembling fifteen major complexes that remained the largest buildings ever built in North America until the 19th century.[

As with many other historic and natural sites in New Mexico, I honestly feel inspired by the presence of these historical spirits. It’s a place to be grateful for the gift of natural beauty, but of the civilizations that came before us.