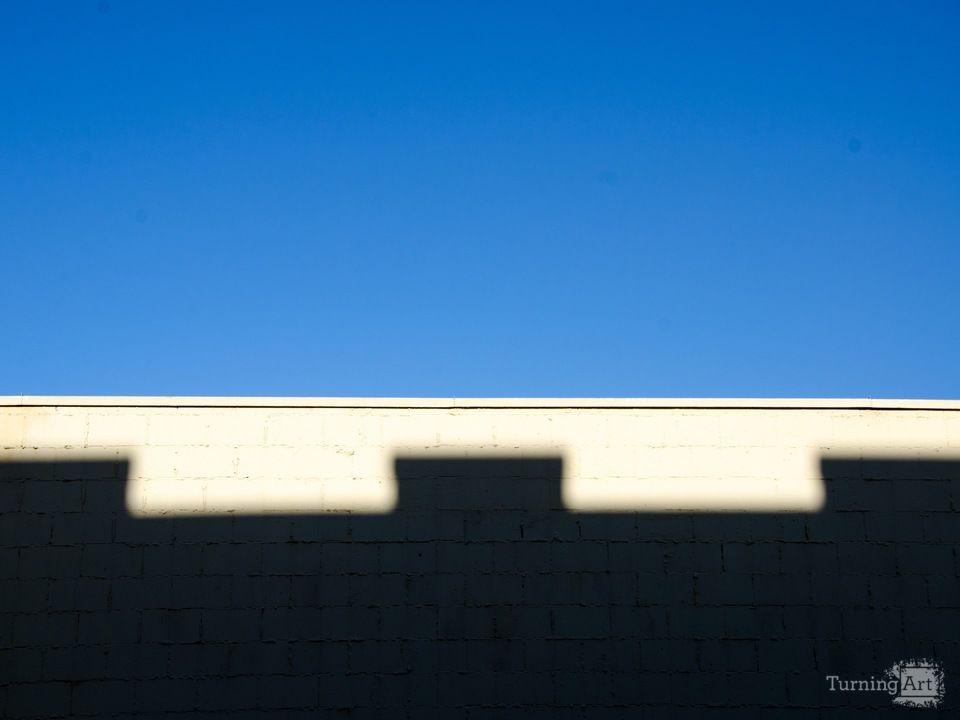 This piece explores kind of light typical for California.

Other works by Catherine Roberts Leach

Catherine Roberts Leach was born in New York City, lived for many years in California, and currently lives in Santa Fe, New Mexico. She earned a degree in english literature, and subsequently co-published an award-winning, nationally distributed journal. Writing, however, was not her true calling. Later, she converted her lifetime interest in photography into another creative career and has had solo and group exhibitions in galleries across the United States, from New York to Oregon.

A self-taught fine-art photographer, Catherine focuses on mood and mystery and light and shadow. Her colorful abstract images represent straightforward facts on one hand and enigmas on the other. At times, these images can even inspire the opposite of the shock of recognition, the shock of the unrecognizable. In other areas, they can suggest a contextual mystery. Nonetheless, she shoots and presents the real world, a world neither posed nor staged. The content of her images is never manipulated even though she captures them digitally.

Although she is primarily an abstract artist, her war protest photograph, “Imagine,” appeared on the front page of Yoko Ono’s website ImaginePeace.com in 2008 at Ms. Ono’s invitation.