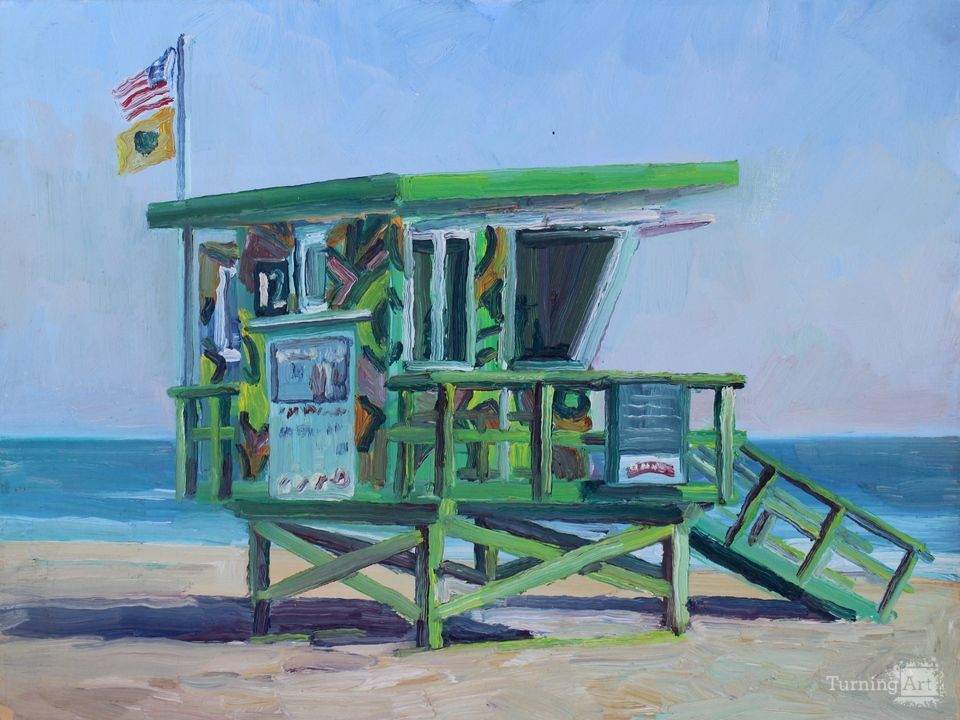 Plein air painting of one of the lifeguard towers at Zuma Beach in Malibu, California.