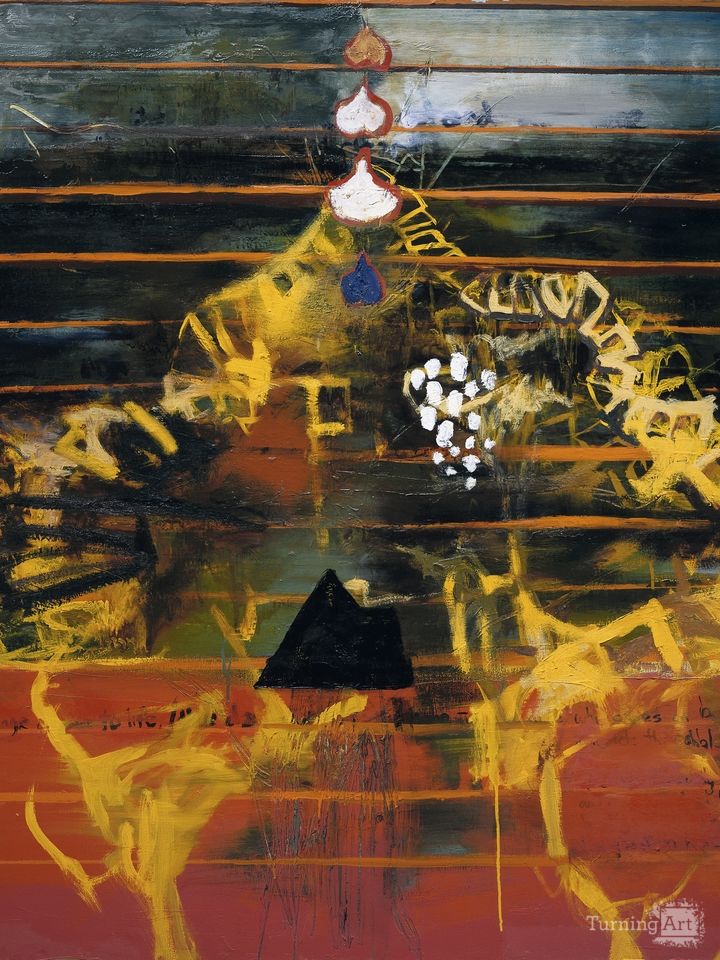 The big Leaf in this picture is another kind of Guardian. This Leaf does not so much stand in the landscape; it has lain between pages for quite some time. Here, you would dissolve down through all the pages.

Other works by Albert Fung

Albert Fung was born in San Francisco in 1970. He got his B.F.A. from Rochester Institute of Technology in 1992 and him M.F.A. from the Massachusetts College of Art in 1996. He has lived in New York City since 1992. During this time, he has been painting, staring down his dearest wish to give these dreams flesh and blood. He has worked in the mediums of photography, printmaking, and drawing; but the vast majority of his work is oil painting. He has had studios in Manhattan, Bushwick, Harlem, Williamsburg, and Astoria. He now works in Long Island City.