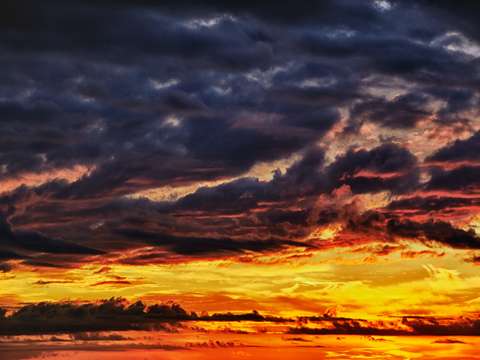 One of twenty-five in a signed Limited Edition produced on Watercolor Smooth Hahnemühle Photo Rag 308, a 100% cotton rag artist's paper. There is a 1/4-inch border for matting. The print is signed on the back and numbered.

And the beast was taken, and with him the false prophet that wrought miracles before him, with which he deceived them that had received the mark of the beast, and them that worshipped his image. These both were cast alive into a lake of fire burning with brimstone.