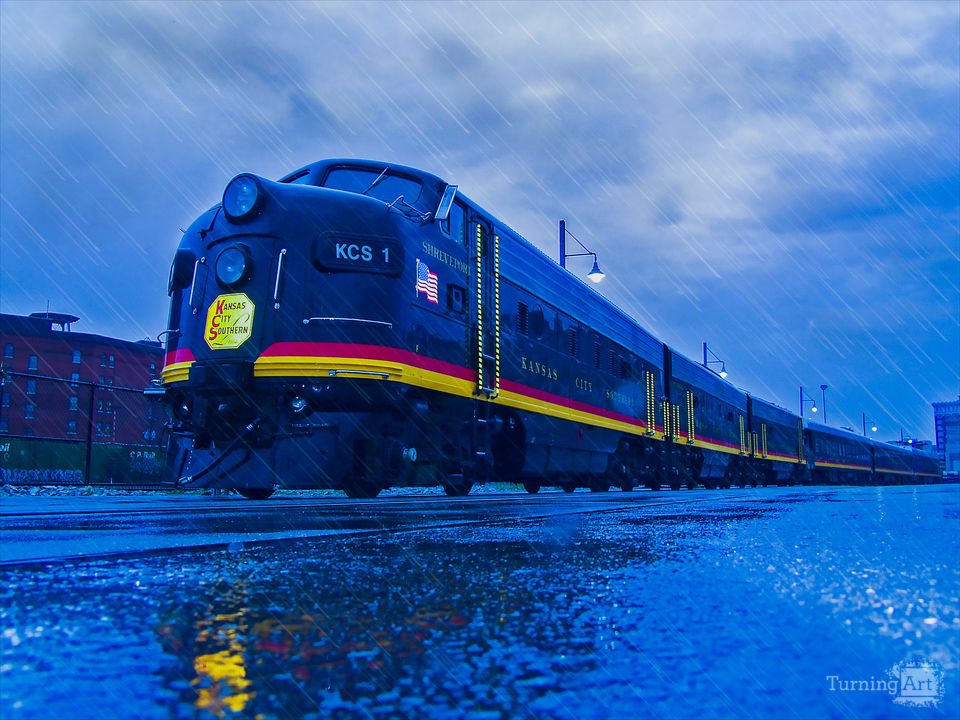 The Southern Belle was the flagship train of the Kansas City Southern Railway back in the 1950’s. It began service in the 1940’s when Art Deco was still a popular design concept in America. All main line railroads that ran passenger service had one or more of these gorgeous streamlined diesel locomotive passenger sets. Several years ago the KCS restored several units and accompanying passenger cars and the train is now used for special excursions and public service duties. Several US Presidents have been guests aboard the Belle.

Other works by Roy Inman

Roy Inman's "Checkered photography career," as he refers to it, hints at the extensive variety of images he has created and the considerable amount of geography they represent. It all began shooting floods, fires and accidents in the wilds of Kansas City, Kansas decades ago. A time-lapse summary of his publications work would include: Photography for Time-Life publications, Ebony, The New York Times, General Electric, The Los Angeles Times, Smithsonian Magazine, The Washington Post, Better Homes and Gardens, Trains Magazine, American Artist, and more.

Roy documented a "Day with the Goodyear Blimp" for the "Kansas City Star Sunday Magazine." It was a memorable assignment that provided him the opportunity to ride and actually drive the Goodyear Blimp! The Marine Amphib base on Coronado Island off the coast of California found him with a contingent of US Navy Seals, and another trip to the West coast was the jumping-off point for a junket with the USS Kansas City, and a helicopter airlift to board the USS Enterprise, America’s first nuclear-powered aircraft carrier. Another highlight was his five-year, 70,000-image documentation of the restoration of Union Station Kansas City, the second largest rail terminal in America, after New York's Grand Central Terminal. A couple of World Series', a Super Bowl, and a few Presidents later, Roy's focus shifted from documentary photography to the more interpretive side of image capture.

This new direction led him to collaborate with innovative, award-winning interior designer and empowerment author Kelle Katillac in the creation of two books: "House of Belief: Creating Your Personal Style," and "Kids' Sacred Places.” Roy has photographed entirely, or contributed to, more than a dozen books, and has photographed many calendars for the nationally-acclaimed Boelte-Hall printing company in Kansas City. His most recent books are: "City of Fountains: Kansas City’s Legacy of Beauty and Motion” and “Last Bite: 100 Simple Recipes from Kansas City’s Best Chefs and Cooks,” which featured food photography shot in a more simple, classic style than is typical.