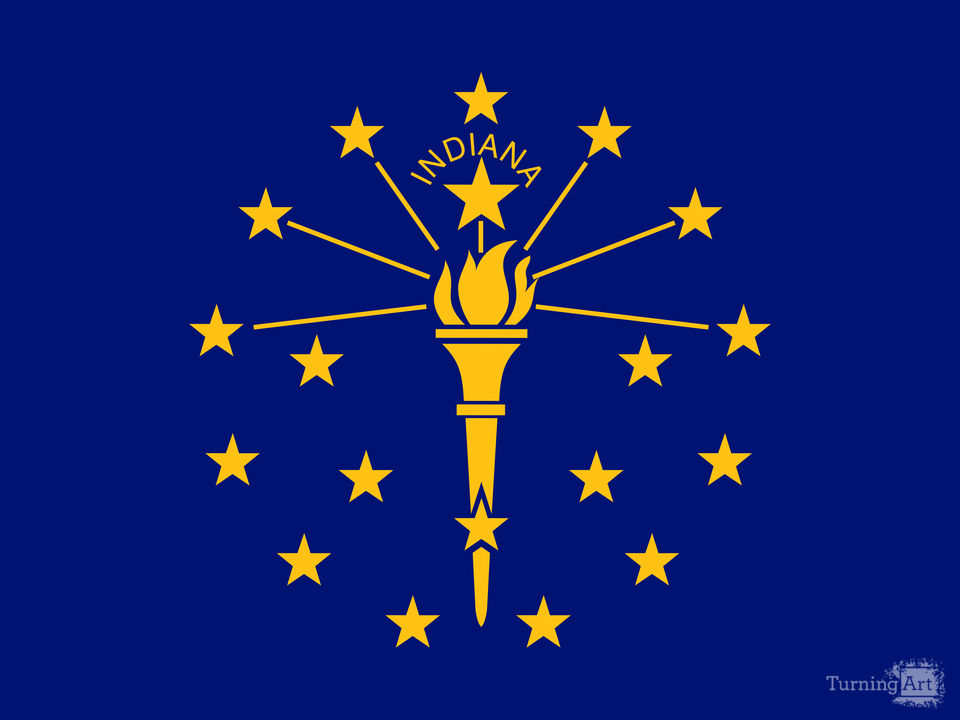 Indiana is a U.S. state located in the midwestern and Great Lakes regions of North America. Indiana is the 38th largest by area and the 16th most populous of the 50 United States. Its capital and largest city is Indianapolis. Indiana was admitted to the United States as the 19th U.S. state on December 11, 1816.
Before becoming a territory, varying cultures of indigenous peoples and historic Native Americans inhabited Indiana for thousands of years. Since its founding as a territory, settlement patterns in Indiana have reflected regional cultural segmentation present in the Eastern United States; the state's northernmost tier was settled primarily by people from New England and New York, Central Indiana by migrants from the Mid-Atlantic states and from adjacent Ohio, and Southern Indiana by settlers from the Southern states, particularly Kentucky and Tennessee.
Indiana has a diverse economy with a gross state product of $298 billion in 2012. Indiana has several metropolitan areas with populations greater than 100,000 and a number of smaller industrial cities and towns. Indiana is home to several major sports teams and athletic events including the NFL's Indianapolis Colts, the NASL's Indy Eleven, the NBA's Indiana Pacers, the WNBA's Indiana Fever, and the Indianapolis 500 and Brickyard 400 motorsports races.
The state's name means "Land of the Indians", or simply "Indian Land". It also stems from Indiana's territorial history. On May 7, 1800, the United States Congress passed legislation to divide the Northwest Territory into two areas and named the western section the Indiana Territory. In 1816, when Congress passed an Enabling Act to begin the process of establishing statehood for Indiana, a part of this territorial land became the geographic area for the new state.