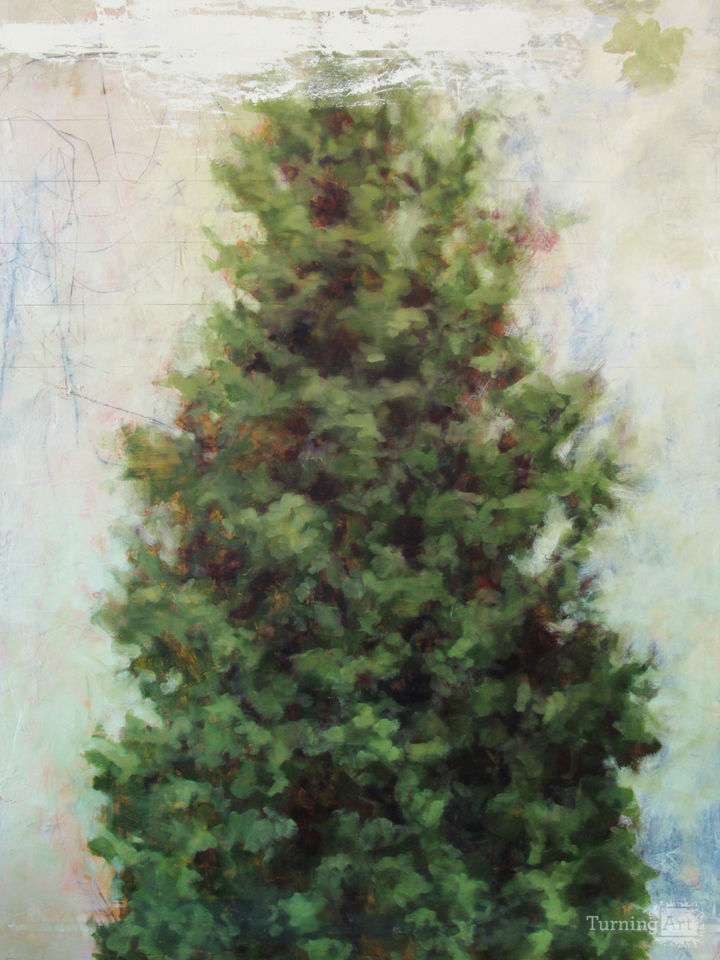 Index no.777 is an oil and mixed media work on canvas.

Other works by Peter Roux

Peter Roux is a full-time painter and printmaker working in the Providence, Rhode Island area. He has been working actively as an artist in and around the Boston area for over ten years.

Peter works primarily in oils, charcoal, "encaustic":http://en.wikipedia.org/wiki/Encaustic_painting and "monotype":http://en.wikipedia.org/wiki/Monotype. Although he considers himself to be a landscape painter, he also works with abstract imagery and is especially interested in distance and edge. Peter explains, “The development of any particular space in a painting sets up distances: between the viewer and subject as well as between formal elements and information points within the subject. I’m interested in exploring this type of depth, not as an exercise in identifying specific places, but instead as a way to create environments that move deeply back and forth. As art is about relationships, edges play a critical role in the art object.”

In both Peter’s representational work as well as his abstracts, edges become an integral element in the dynamic; indicating starts, stops and rhythms, as well as the expansion and contraction of forms against each other. In his landscape work, edges are often blurred and less distinct and forms blend toward and into each other, sometimes suggesting movement.

Peter is an Artist Member and Member of Loaning Artist Program, The DeCordova Museum, Lincoln, Massachusetts.