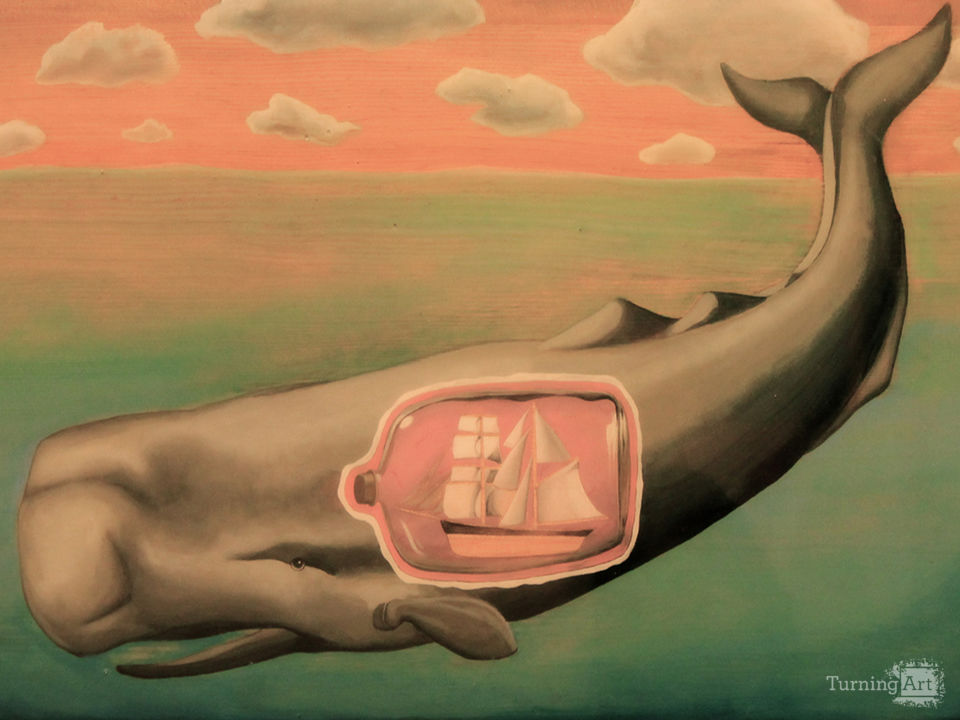 One of my most cherished paintings – inspired by Tom Robbin's Villa Incognito and a random surf trip through California and Mexico.

Other works by Jo Lundberg

Using the pew as a desk and kneelers as her seat, Jo Lundberg taught herself how to draw portraits during Catholic mass as a child. She never stopped doodling. Jo's often up-cycles pieces of wood (or other re-used items, such as bed sheets) that are rescued from alleys, burn piles, carpenters' detritus, ect. and uses the natural beauty of the wood grain as part of the composition. Often described as "surreal," her work is inspired by the natural world, the sea, Frida Kahlo, human anatomy and the place where psychology and the human condition bisect. Her paintings meanings are often shrouded in symbolism. Jo has shown along the west coast, including Design For Humanity, an art, music and fashion show sponsored by Billabong at Paramount Studios in LA. Her work is in private and public collections, including St. Charles Medical Center in Bend, Oregon.

When Jo is not at the studio she likes to run amok.