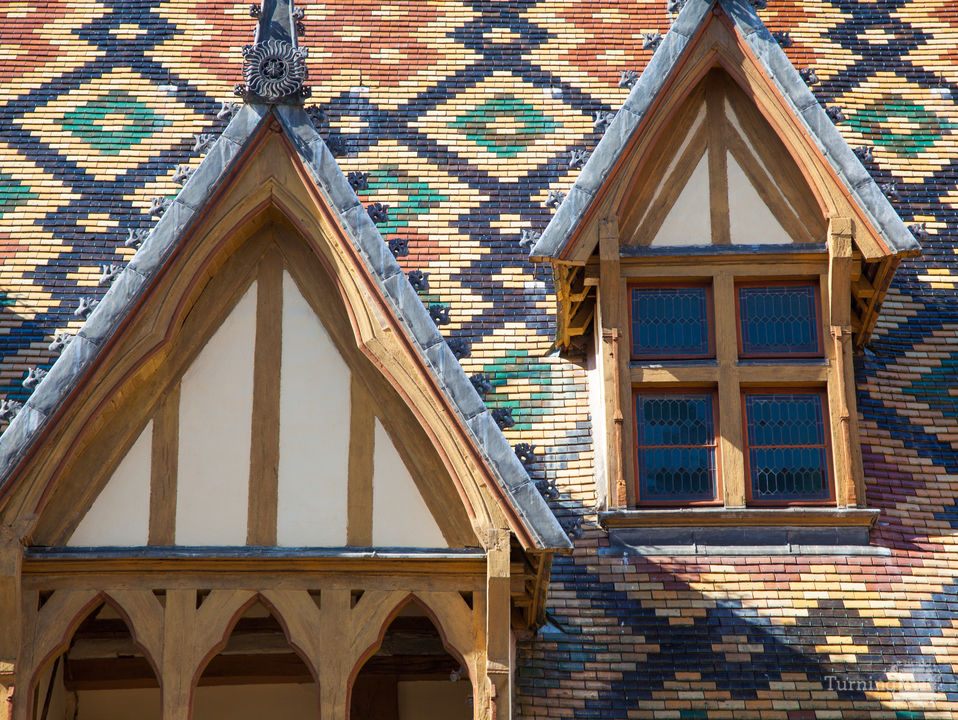 Hôtel-Dieu de Beaune is a former charitable almshouse in Beaune, France. It was founded in 1443 by Nicolas Rolin, chancellor of Burgundy, as a hospital for the poor. The original hospital building, the Hôtel-Dieu, one of the finest examples of French fifteenth-century architecture, is now a museum.

Other works by Charlie Rosenberg

A native of Louisville, Kentucky, Charlie Rosenberg has been a photographer since the 1970s. Enamored with black and white in his early career he now seeks out bright colors but you will see an occasional black and white image in his portfolio. His work generally illustrates the hidden architectural gems found while traveling abroad.

After moving to Boston in 1989, Charlie fell in love with the Jamaica Plain neighborhood of the city. His work appears in a series of nine books published by Arcadia Publishers documenting the history of Boston’s neighborhoods. His most recent work features Cuba, Azores, and France.