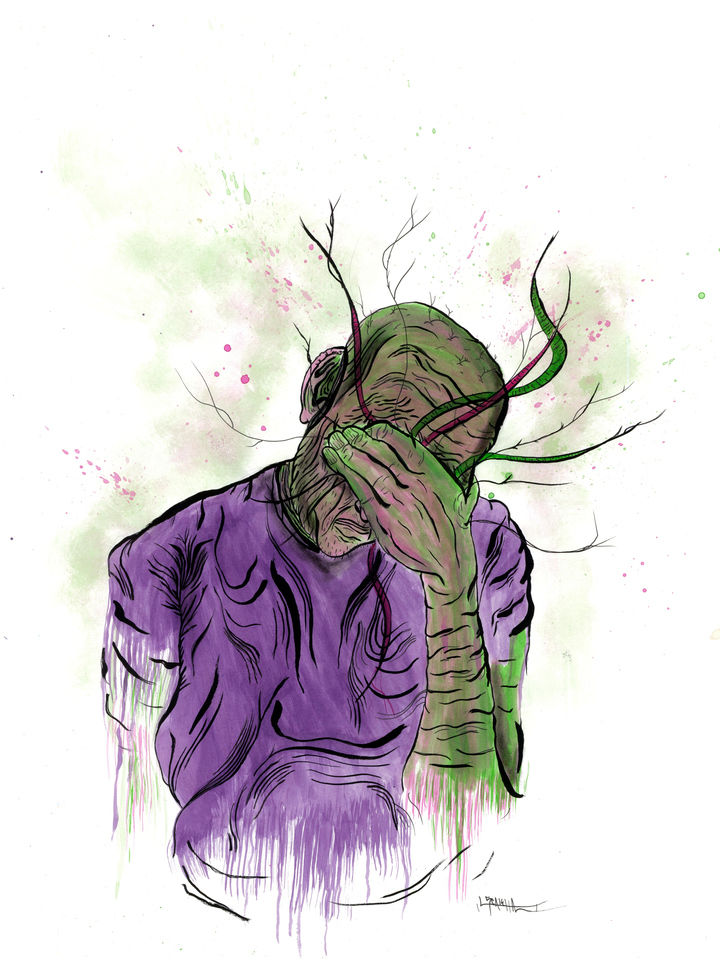 In this piece i wanted to show how stupid drinking is. It portrays the emotion of being hungover by using the green and purple to portray a "thing" being sick.

Other works by Leo Scaletta

Leo Scaletta is a young artist living in San Antonio, Texas. Heavily influenced by graffiti artists such as Pose and Atlas when he was younger, he always had an interest in the arts, developing his technique over the years. Graduating from Brandeis High School, he was lucky enough to have an art teacher that encouraged him and gave him the resources to help him succeed . He was able to experiment with many mediums and art forms such as mural painting. He is going into his first year of college at University of Incarnate Word in pursuit of a masters degree in fine arts.
Today Leo's work is influenced greatly by pop culture and society. Fascinated by horror films and grotesque things, he reflects these qualities in his artwork. Many of his pieces depict morbid monster creations of how he views the world around him.