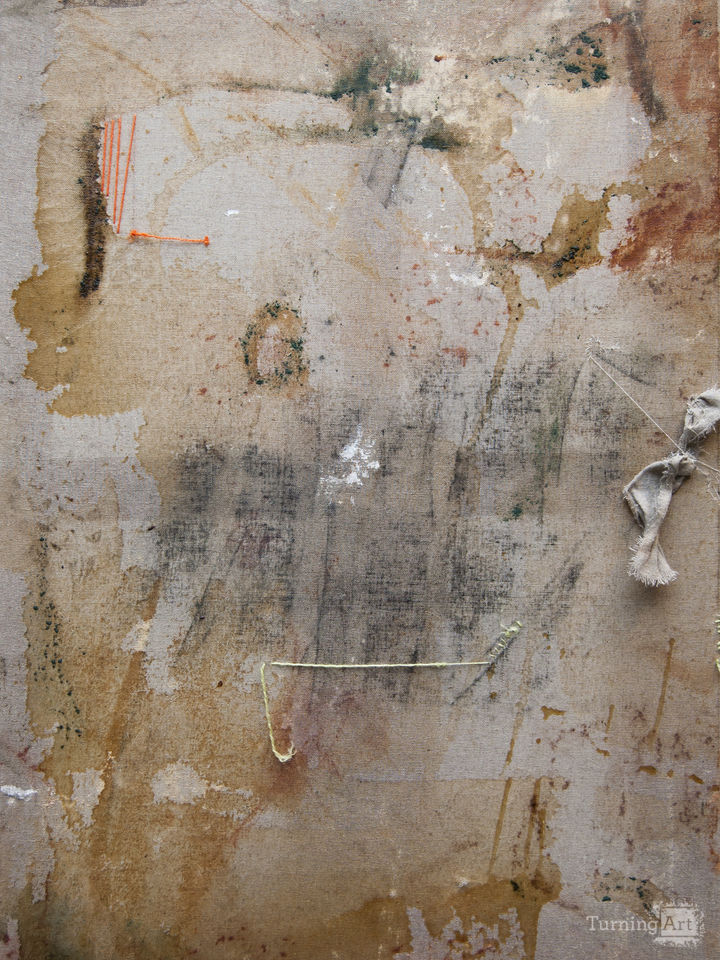 This work came out of an independent study course taken on a study abroad trip to Lacoste, France. The objective of the course was to learn techniques of landscape painting first, and then to further my personal study into portraying the qualities of landscape through abstraction. Frottage, the process of rubbing textures onto a surface, was used for the primary marks, made directly on raw linen. The concept was to record the landscape through touch and physical interaction with the surface of objects found within the landscape. The red pigment was made with cherry sap from local orchards in southern France. The other pigments were also acquired from the area.

Other works by Kayla L. Cloonan

Kayla Cloonan was born and raised in South Florida, where she began visual experimentation in film photography. In 2012, she participated in independent course work for a study abroad program in Lacoste, France. Kayla received her B.F.A. in Painting from Savannah College of Art and Design in 2013. She has presented solo exhibitions at EN EM Art Space in Sacramento, CA and Indigo Sky Community Gallery in Savannah, GA. And has previous representation at EN EM Art Space. Kayla curently lives and works in Los Angeles, CA.

My work is an interdisciplinary study on human inconsistencies and explores visual and tactile subtleties. It begins with the immediate mark; through pure automatic drawing, instinctual motion, quick gesture. Experimenting with a variety of tools and materials allow for a sense of play on those initial shapes. Repetitive motions speak to life’s monotony, cultivating raw expressive marks into deliberation. It is a constant discourse between happenstance and refinement. An intimate turmoil manifesting itself in many forms from painting to performance.

“My work undergoes a process best described as excavation. A constant covering and uncovering, an image folded and masked and thus transformed through flat or sculptural means. That exploration of material and layers create a history of mark. It is a constant discourse between happenstance and refinement.”