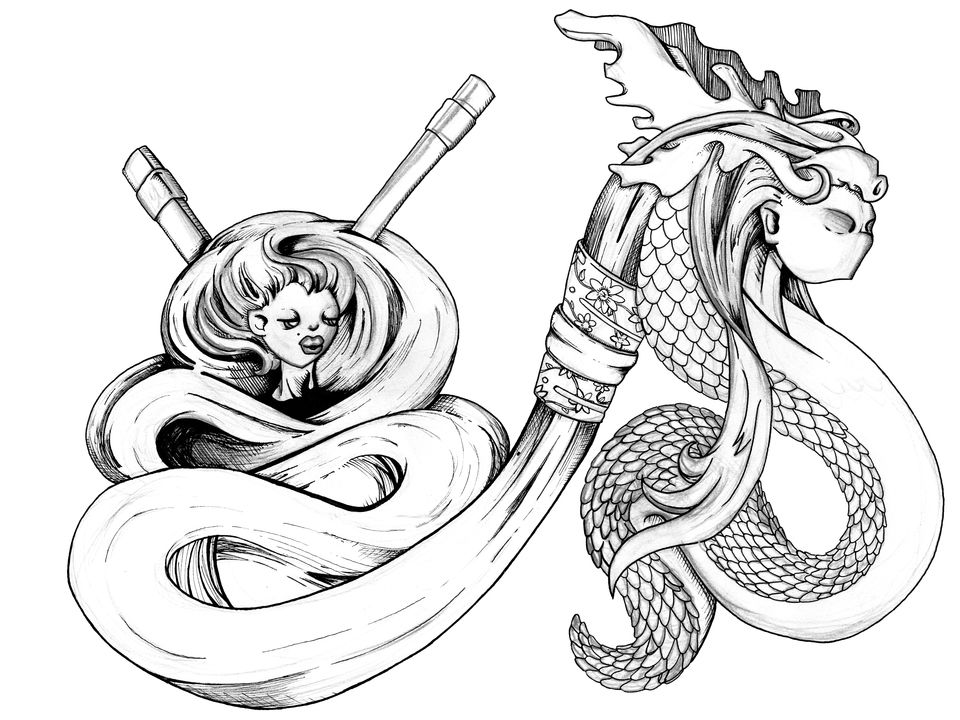 A mythological dragon pulls his mistress in a chariot made of her hair.

Other works by Anthony Smyers

After growing up in Albany, NY, Anthony Smyers moved to Southern California in 2003 to escape the snow and for easy access to the ocean.

Anthony has been drawing ever since he was a child, copying what he saw in comic books and doodling the world around him. Growing up with an artistic parent also encouraged the development of his illustrative skills. Anthony’s love for computers and digital media has also proved useful in influencing the graphic design and illustration career he has carried out over the last 5 years.

Anthony's process starts with a pencil and ink illustration, which is then finished digitally in Photoshop where color, shading and textures are added to create an end product.

This past year has been a very enriching one for Anthony; he had his first three art shows (sponsored by RAW Art), made his first major sales of work, and landed the title of Long Beach, California’s Visual Artist of the Year for 2012. Anthony has also had the privilege of having a two-page spread of his work in Catapult Magazine (Issue 11, 2012).

Anthony’s artwork is ever changing, but continuously aims to take a glimpse at people's inner thoughts, dreams and demons.