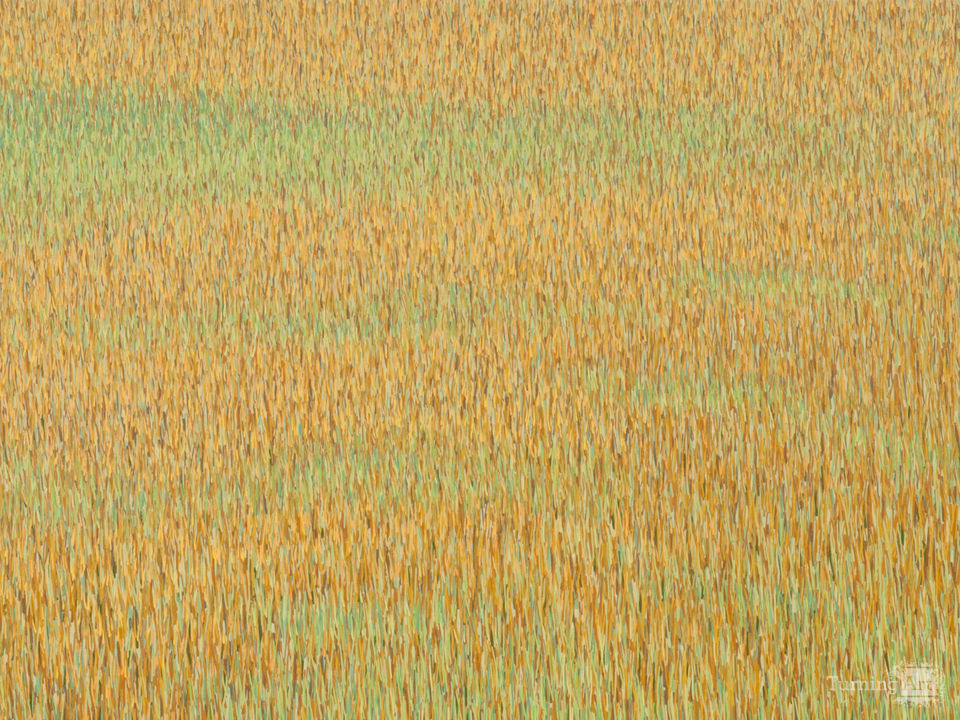 Painting of a grassland composed exclusively of thousands of millimeter wide vertical lines. This image is half of a single panoramic painting paired with Grasslands #36.1.

Other works by Kenneth Ober

Kenneth Houghton Ober was born in Cambridge, Massachusetts on February 22, 1972. Kenneth's creative abilities began to surface in elementary school and had become his focus by high school. Through the guidance of an excellent teacher, he was encouraged to explore all forms of media, and was instilled with the means to provoke his imagination.

Kenneth studied Art, Art History, and Literature at the University of Maryland for two years. The art, religions, and cultures of Asia served as an introduction to Buddhist philosophy, which led him to Naropa University in Boulder, Colorado.

The desire to connect with a larger art world brought Kenneth to California, where he graduated from Otis College of Art and Design in 2001. Since then, he has lived and worked as an independent, professional artist in Los Angeles. His current series of paintings, made with an automobile pin-striping tool, have been exhibited nationally and internationally.