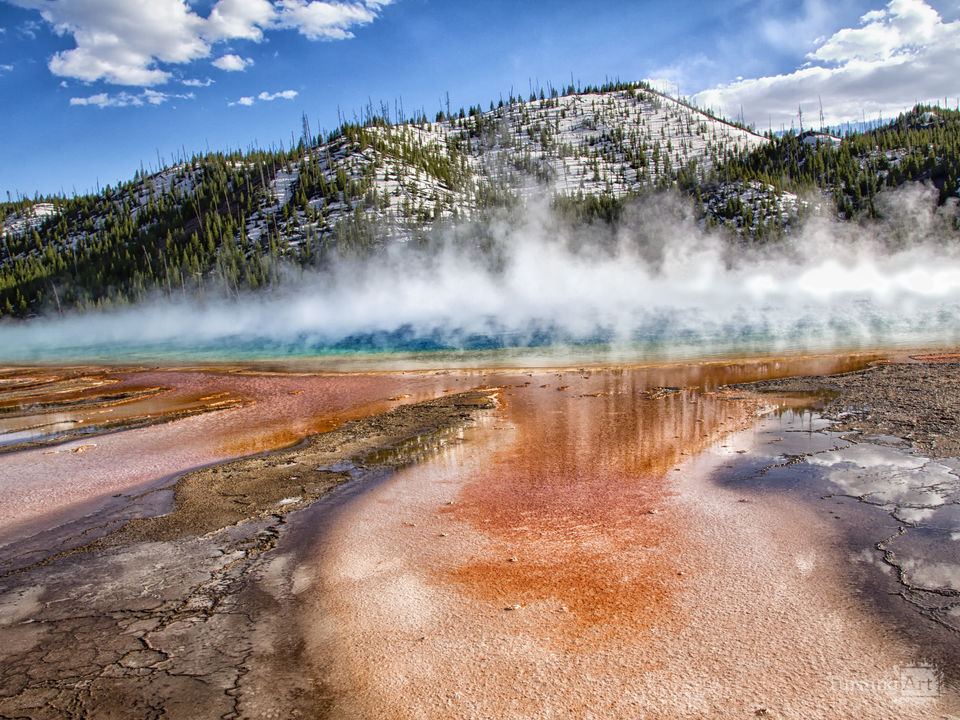 This is an image of the Grand Prismatic Spring in the Midway Geyser Basin at Yellowstone National Park.

Other works by Ryan Rossi

Ryan Rossi is a self-taught nature photographer. He obtained a Ph.D. in Computer Science from Purdue University and has received four fellowships for his research in artificial intelligence (AI). He spends most of his free time capturing the often overlooked, but beautiful details that arise in nature.

Ryan’s photography focuses on revealing the hidden side of nature. He attempts to capture the simple, beautiful, often overlooked patterns that form the essence of a natural subject. Ryan’s photography won 2nd prize at the Carolina Nature Photographers Association (CNPA) annual meeting in 2004 and the Alma Thomas Award at the SC State Art Exhibit later the same year. In the last 5 years, he has lived and taken photographs all over the United States. His work has also been largely inspired by his travels and experiences in Europe, Asia, and South America.