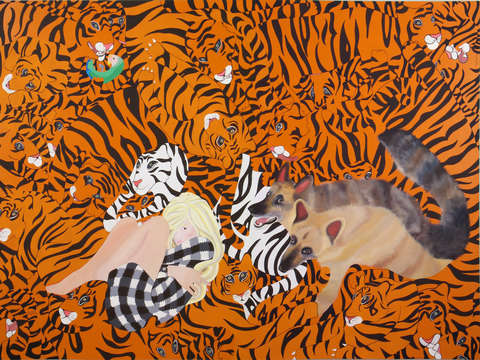 Years ago, a three-year-old white tiger named Ishu passed away in in the Van Vihar National Park, in Bhopal, India. I accidentally stumbled upon an image of his body being cremated upon a traditional funeral pyre. He appeared peaceful; his eyes were closed and he was draped in flowers, ready for eternal rest.

I was so moved by the image of Ishu's memorial that I promised myself that I would include this beautiful white tiger in one of my works. Today, Ishu rests peacefully amongst 23 orange tigers, a pair of curious canines and a shrinking violet.