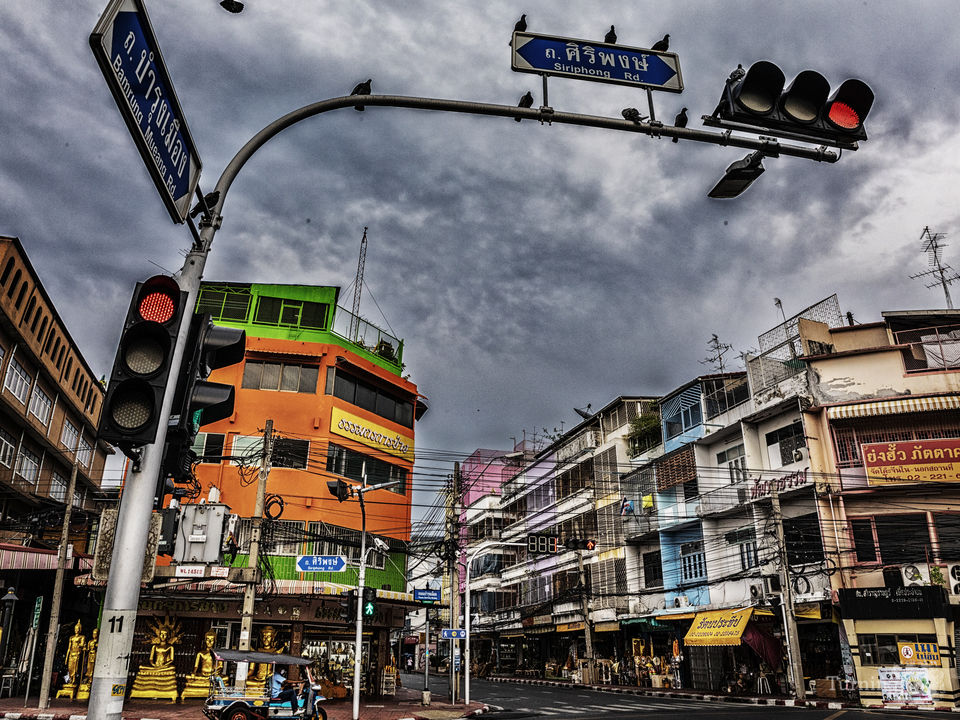 Gone to the Birds

An intersection in the Golden Mountain area of Bangkok takes on a surreal vibe as a darkening storm threatens and birds seek a secure mooring on a traffic light. The streets and and shops appear nearly deserted as most residents prefer to stay indoors and away from crowds because of covid. This area is normally busy with shoppers during normal times.