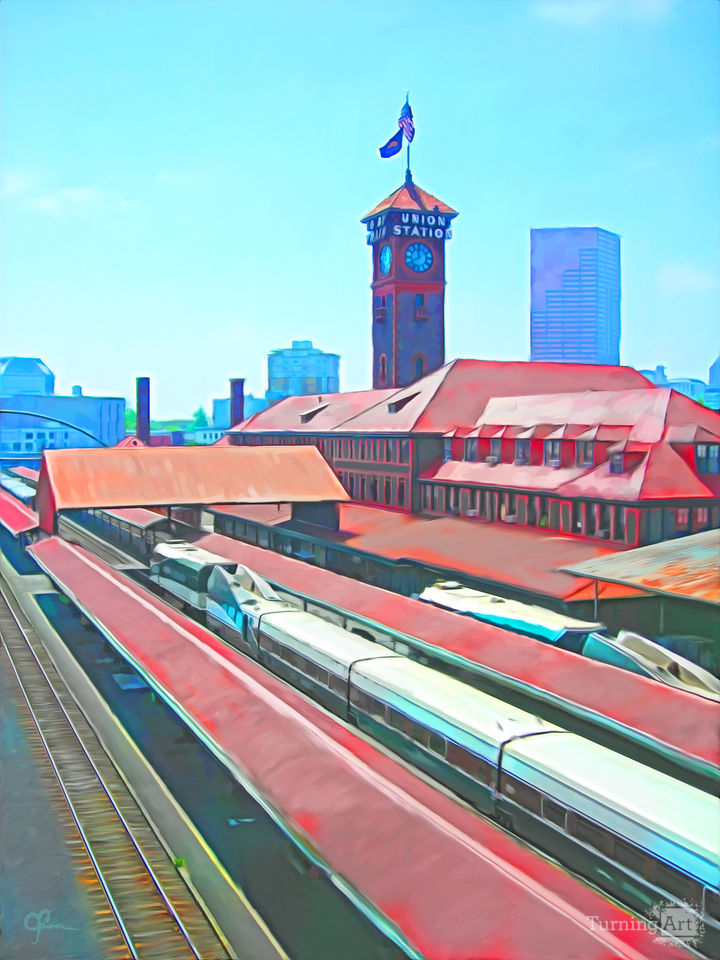 A sunny day at Union Station in Portland, OR.

Other works by Craig Spencer

Craig Spencer is based in Portland, Oregon, and most often works with his head on his pillow, staring at the ceiling, during the sleepless hours of 1 – 4 a.m.

Not unlike doctors and lawyers who refer to their work as a practice, Craig has been “practicing” art and other creative pursuits for over thirty years and loving every stroke along the way. Much to the disappointment of his parents, who wish he had pursued a profession that involved earning initials at the end of his name, he – with his B.A. in Fine Arts from the University of Oregon – lives, eats and bleeds communication in visual form.

Creative Director by day, fine artist by night, he understands that he will forever be studying the craft in all its forms. His media begins with digital and is then applied to paper/canvas. After many years, Craig ..still failing…and failing…and…eventually learning.