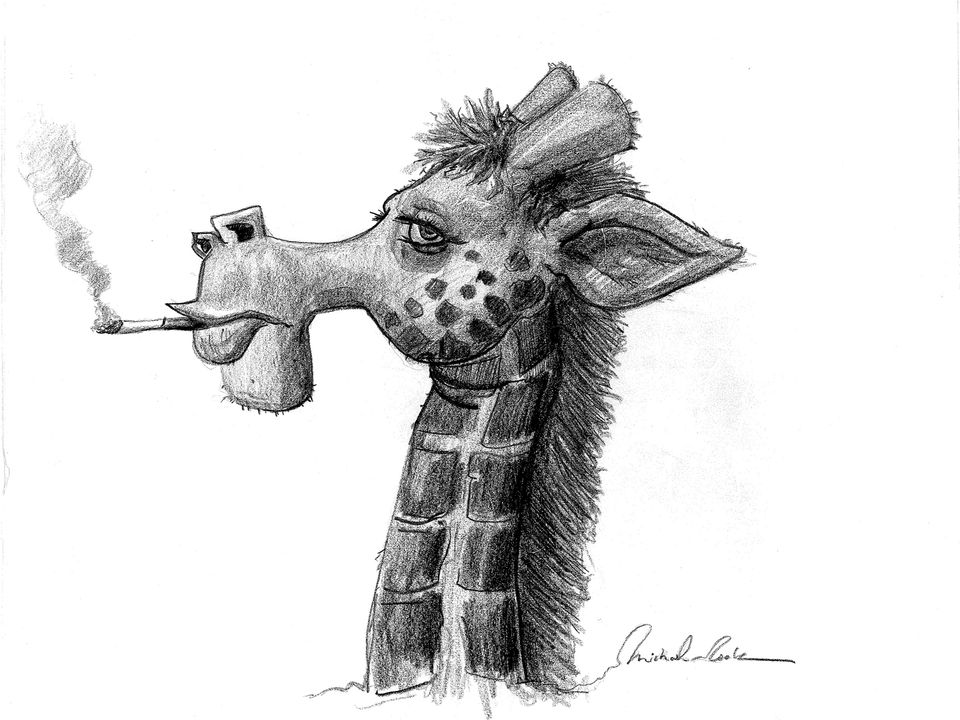 Michael Cook graduated in 2009 from San Diego State University with a degree in fine arts and an emphasis on painting and orintmaking. After graduating, Michael had the privilege to apprentice with world famous artist, "Justin Bua":http://en.wikipedia.org/wiki/Justin_Bua. Working closely with Bua greatly influenced Michael's style, who was able to build on what he had already learned in college.

Michael believes in the formal art of drawing and painting, but sometimes he enjoys letting loose and painting or drawing something completely wacky. He does not let rules dictate his art-making practices, and he likes to mix media and style when creating a work of art.

Michael allows his passion to come through during his art-making process, blasting music and going with his own artistic flow. His artwork offers the viewer a journey through his own imagination.