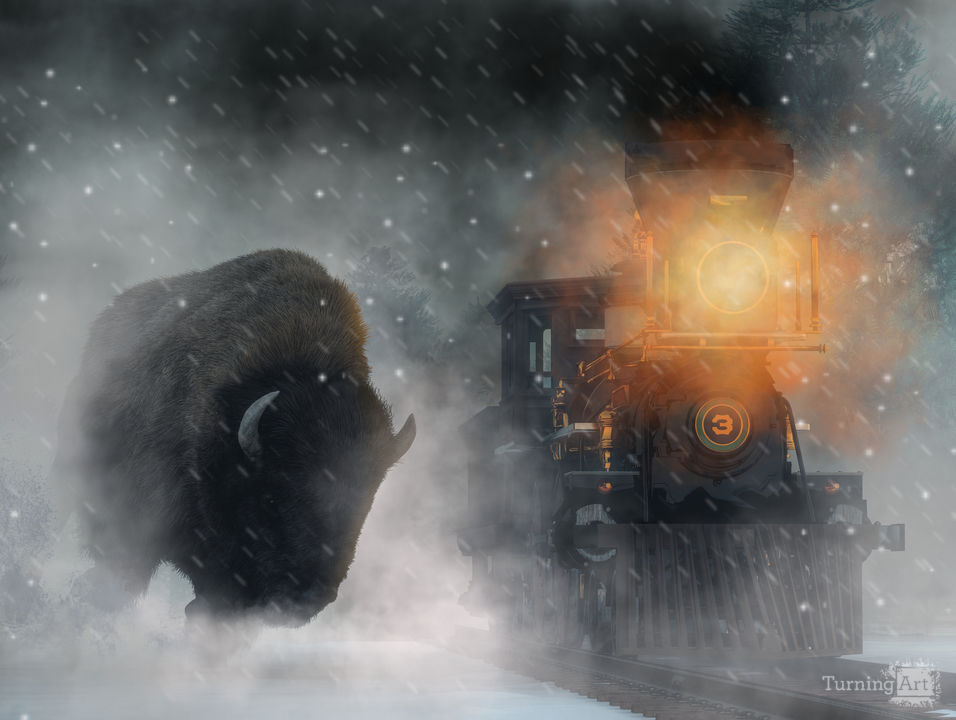 A steam train thunders through a snowy mountain pass. A blizzard has rolled in reducing the visibility to mere yards. Heavy snow cascades from the sky and blows and the wind.

Out of the fog of winter, emerges a massive beast. A mountain of horns and dark fur, a giant buffalo charges the train. This is no ordinary bison. It's much too large. This can only be malevolent spirit of the wilderness of the American wild west. This great monster may just be large enough to derail the locomotive, a great battle of nature versus man.

This is another image where I really wanted the intensity to be maxed out. I'd been wanting to create an image featuring both a train and a buffalo, but when I kept the animal at natural size it always seemed make the train to heavy in the scene throwing the composition out of balance. So to fix this, I decided to go with a huge supernatural monster that happened to appear as a giant bison.

I created this using Poser, Vue, and Gimp.