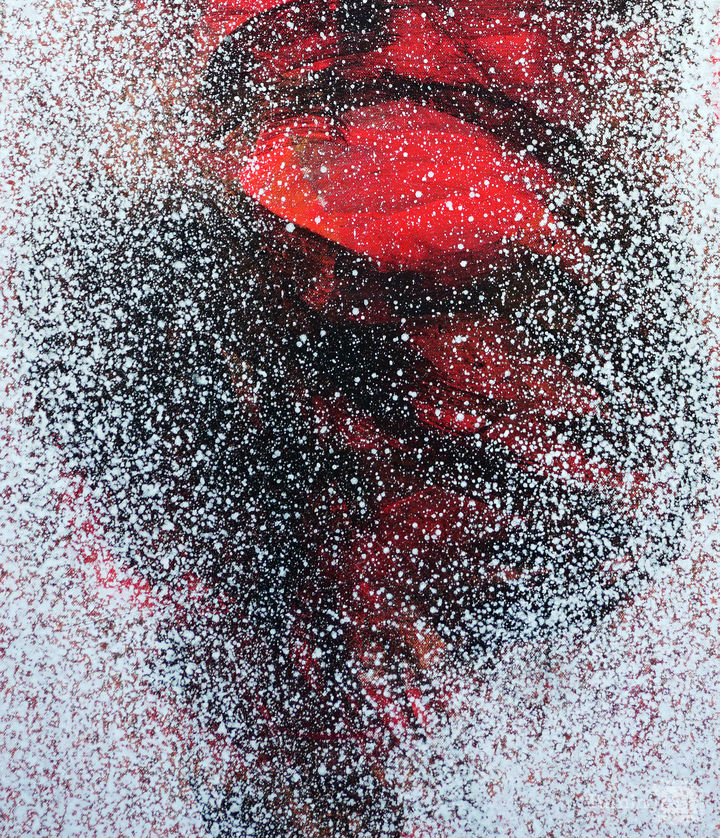 Focusing,
This painting evokes calmness and concentration hope you will feel it too.

Gamid Ibadullayev, a visual artist of Azerbaijani origin, b.1980 in Baku, based in Poland since 2005.

Graduated from the Academy in Baku with diplomas in Ceramics and History of Art (2003), and from the Cinematography department at the Film and Television Academy in Warsaw (2008).
Works in painting, sculpture, music, film, and photography. In his art practice, he is interested in similarities between artistic activity and processes occurring in the world of nature like growth, decay, movement, or relationships with man-made objects. He is inspired by these natural phenomena that are unpredictable, unique, or capable of shaping the space.
Has had individual shows at various venues in Poland (Warsaw, Zamosc, Olsztyn), and in Germany (Berlin). He has taken part in the International Biennale in Turkey (Istanbul).
Founder of the experimental music band Gamid Group and Hava, Azerbaijan folk music band.