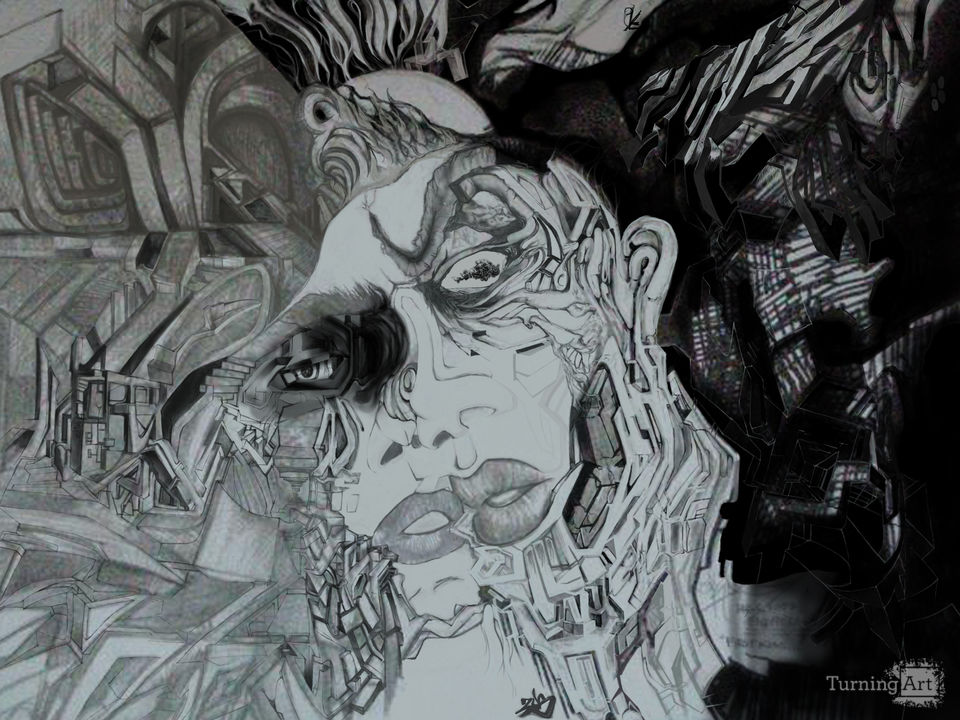 Joel Marcel Davis is a digital artist, from the South Bay area of Los Angeles. Having been an artist all his life, his work has taken on a quality reflecting the diversity of his various artistic interests. He began as a graffiti artist, in urban Hartford, CT, where he attended Trinity college, earning a degree in Politics Science. While there he began a long-standing love affair with architecture, and in an attempt to meld it with graffiti, he experimented with space—there, the evolution of his oddly three-dimensional, mural-inspired style was born. He draws inspiration heavily from the surrealist era (specifically Max Earnst and Tanguy), and the dreamy abstractions he creates play with the eye—begging for a tumble down the rabbit-hole.

In 2007, Joel graduated from New York University, with a master's degree in Global Affairs. Despite having spent so much time in the midst of academic pursuits, Joel maintained a steady dedication to his art, and after years of schooling, he chose to focus on an art career. This decision prompted a return to Los Angeles, where he currently resides, and works as an art director in the entertainment industry.