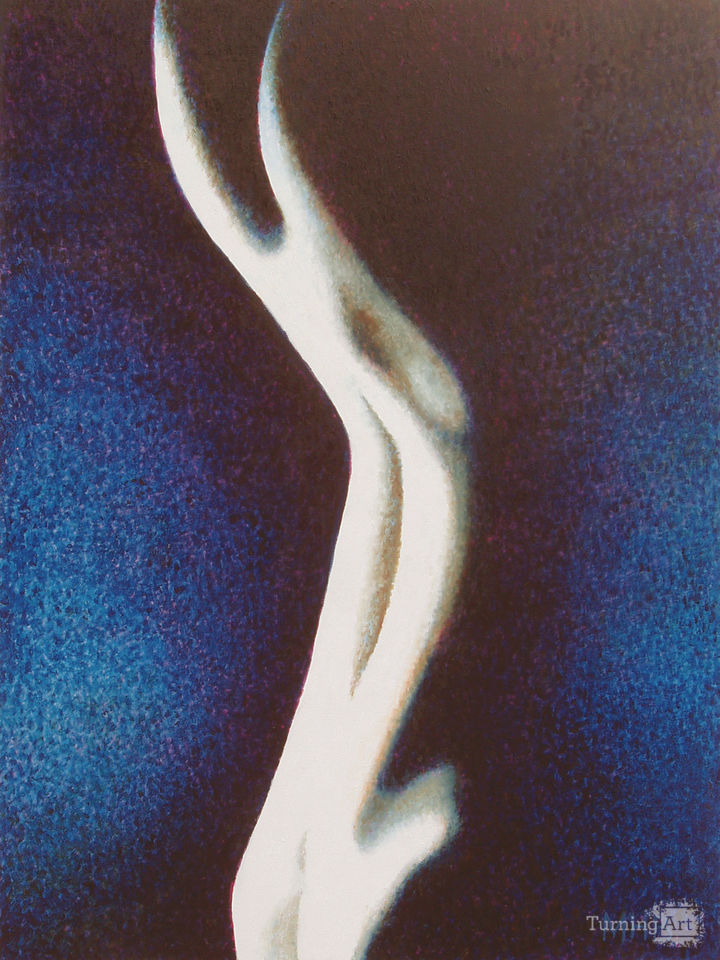 I am intrigued with using the figure to create abstract compositions of dark and light, positive and negative forms and textures and sensuous lines. The human figure here is abstracted into a graceful form.

Other works by Martin Blender

Martin Blender is an architect by profession. After forty years of successful practice Martin retired to Florida, where he became the University Architect for the University of Miami.

The University had an excellent printing and graphics department where Martin initially became involved with lithography. Eventually, Martin turned to oil painting, which allowed him to work at a larger scale while using graceful lines and rich textures.

As Martin honed his drawing skills, he found that his architectural training was reflected in a preoccupation with geometrical forms and a sense of rigidity. In order to break free of these habits, Martin concentrated on the human body to focus on freely flowing forms.

Currently residing in New Jersey, Martin continues his work from the studio in his Southampton home. Martin’s work has been exhibited in many local venues and was recently included in a book titled "Contemporary Painters," issued by Schiffer Publishing.