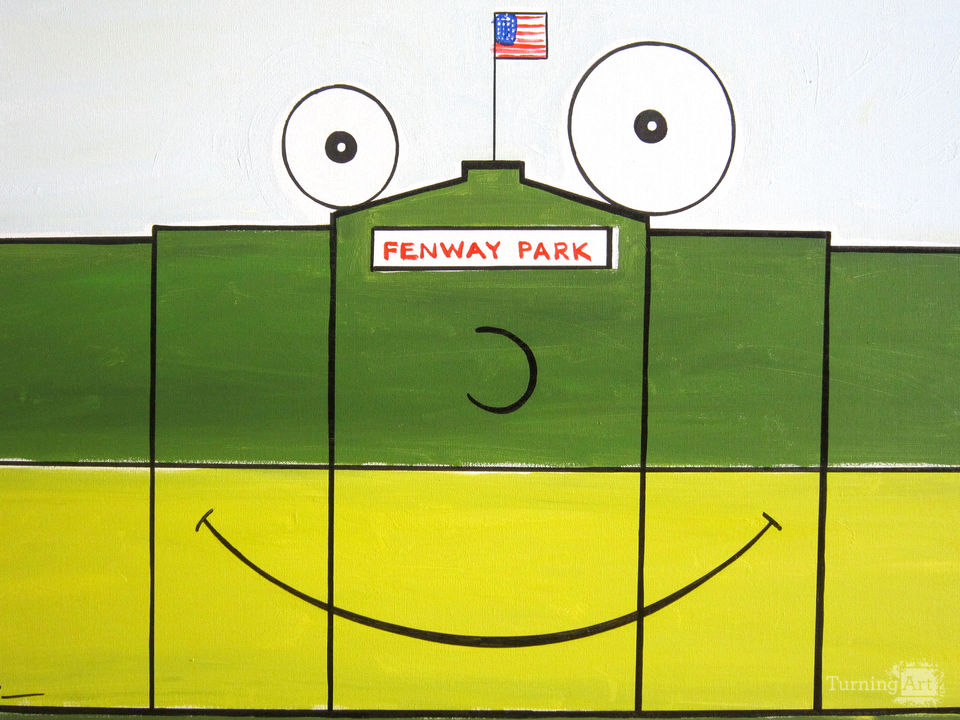 I leave artwork for folks to take for free around Boston, across the country and around the world. A Boston icon like Fenway Park is one of my favorite spots to give away my work.

Other works by Bren Bataclan

In the summer of 2003, Bren Bataclan began his street art installation, "The Smile Boston Project":http://www.bataclan.com/. The project involves the artist leaving his cartoon inspired paintings for people to take for “free” all over Boston (park benches, train stations, hospitals, senior centers, schools, etc.). Attached to each painting is a note saying, “This painting is yours if you promise to smile at random people more often.” Bren has since gone worldwide with his “Smile Boston Project” and he has begun to paint murals and exhibit his paintings across the country.

Bren’s Smile Project campaign has been featured in the CBS Evening News with Katie Couric, The Smithsonian Magazine, The Readers Digest, The Chicago Tribune, The Detroit Free Press, The San Francisco Chronicle, The Boston Globe and various Philippine-based & Filipino American newspapers, TV shows and news programs (Bren was one of the “Top Newsmakers of 2009” by Balitang America).