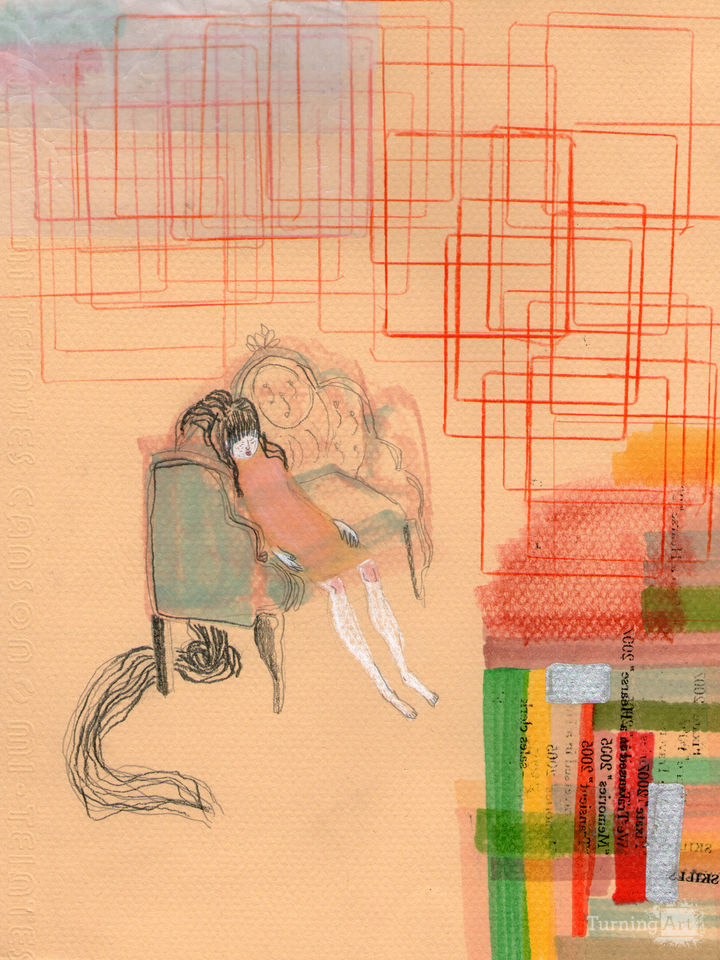 Every Breath is Proof 2

The "Every Breath is Proof" series focuses on the melancholy tensions of realizing the passing of time, and how we interact with it.

Other works by Sarah Gay

Sarah wears many different hats around the city of Boston as both artist and educator. She can be found teaching animation and digital media at MassArt and Harvard University. When she's not teaching she is working hard in her shared studio at The Distillery in South Boston. She is a long time contributing member of Rifrakt Artist Collective and recently participated in a show at Boston City Hall regarding three family homes in Boston proper. In March she received a glowing review from Artscope Magazine, and a Maker’s Mark Award at the 2013 MassArt Auction. Her animations have screened at a number of festivals garnering awards along the way.

In addition to her active role in the art community of Boston and greater New England, she is also an avid cycling advocate. Her illustrations and time based work have been paired with organizations: Jo Malone London, Saks Fifth Ave, Bloomingdales, Nordstrom, Chantecaille, Boston Cyclists Union, Bikes Not Bombs, and Embrocation Cycling Journal.