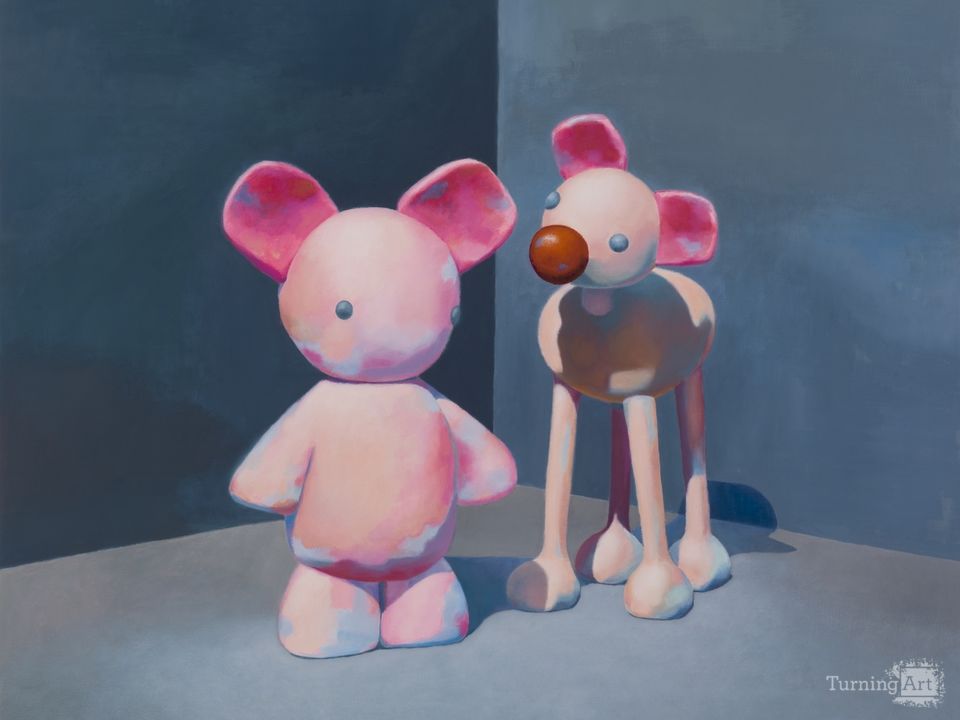 My paintings are inspired by the hazy feelings and memories of childhood that float on the edge of consciousness. I use images based on toy animals and dolls and integrate them into scenes where they morph in and out of abstraction. I am interested in images that are simultaneously endearing and unsettling and blend visual immediacy with uneasy nostalgia.

Other works by Ken Mar

Ken Mar was born in Oakland, CA. He was originally a musician before finding his interest in art at age 22, while enrolled in a beginning drawing class at the university where he was unhappily pursuing an engineering degree. The teacher’s encouragement motivated him to become an artist. He left the university and worked in both commercial sculpting and graphic design during the next five years, then attended the School of the Art Institute of Chicago, where he received his BFA degree in 2000 with an emphasis in painting.

The artist lives and works in New York.