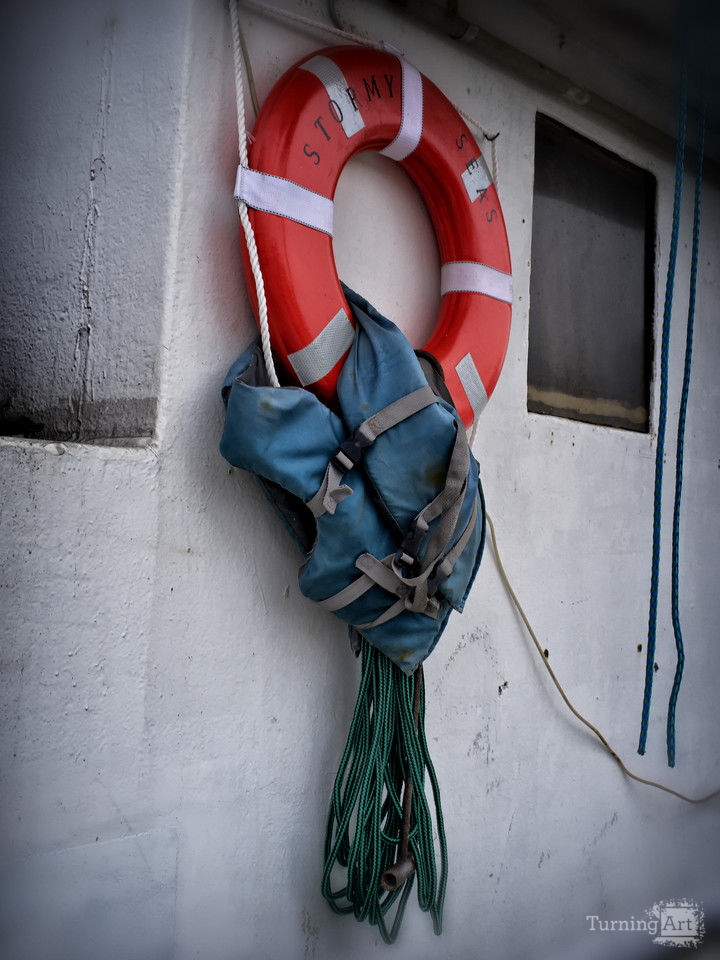 Gicle'e Photographic Print on Canvas stretched on a gallery wrap frame and hand painted with an Acrylic Gloss Gel to give it a 3D effect which enables the image to jump from the wall at the viewer! A detail image of a shrimp boat and its life saving devices!

Other works by Mark Hilliard

A landscape, wildlife, and fine art photographer for 45 years, Mark Hilliard has traveled the world in pursuit of his photographic visions.

He began dabbling in black and white photography at the early age of 13; the hobby quickly became a lasting and important part of his life. Before accepting a position with Eastman Kodak in the early 1980's, he traveled extensively as a member of the U.S. Navy. And after retiring from Eastman Kodak in the mid-90s, Mark started taking nature photographs on a full time basis in upstate New York.

In 1997, Mark moved to Murrells Inlet, South Carolina where he lived aboard a small boat. He spent this time exploring and photographing the waterways, islands, and wildlife of the Low Country. He is now a well-known and respected advocate for the environment.

When asked about his philosophy on nature photography he says, “I tend to concentrate on the smaller, secret side of nature that most people overlook, a different view on the world that surrounds us each and every day. I work in color, but black & white photography and infrared photography have a special place in my heart; they tend to show a different view of things we pass by every day. I look at my photographs as portraits of nature rather than pictures, and I often spend hours with a single subject.”