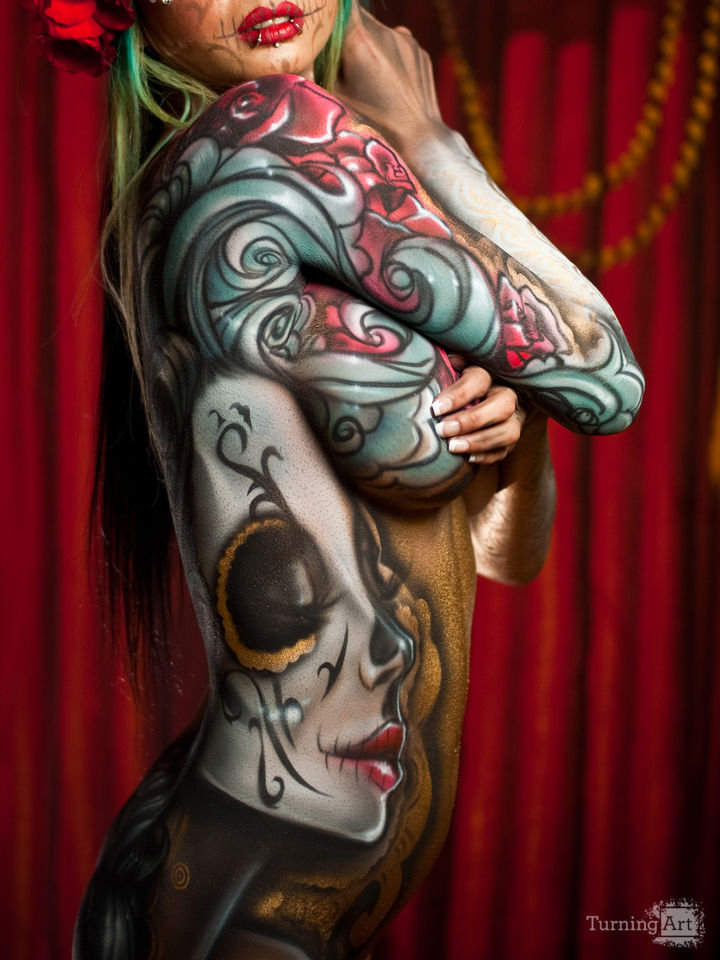 Other works by Paul Roustan

Born in Chicago, Paul Roustan received a Bachelor of Fine Arts degree from the School of the Art Institute of Chicago in 2002. After moving to Rhode Island, he completed a Master of Arts in teaching at the Rhode Island School of Design in 2006.

Paul now works with an airbrush to create paintings on the human body. His work is regularly used for corporate, television, and nightclub events worldwide, including clients such as, "Playboy":http://en.wikipedia.org/wiki/Playboy, "Bacardi":http://www.bacardi.com/us/lda, "Tupperware":http://order.tupperware.com/coe/app/home, "Absolut":http://www.absolut.com/us. His work has also been featured in fashion shows, parades, photographic workshops, and magazines.