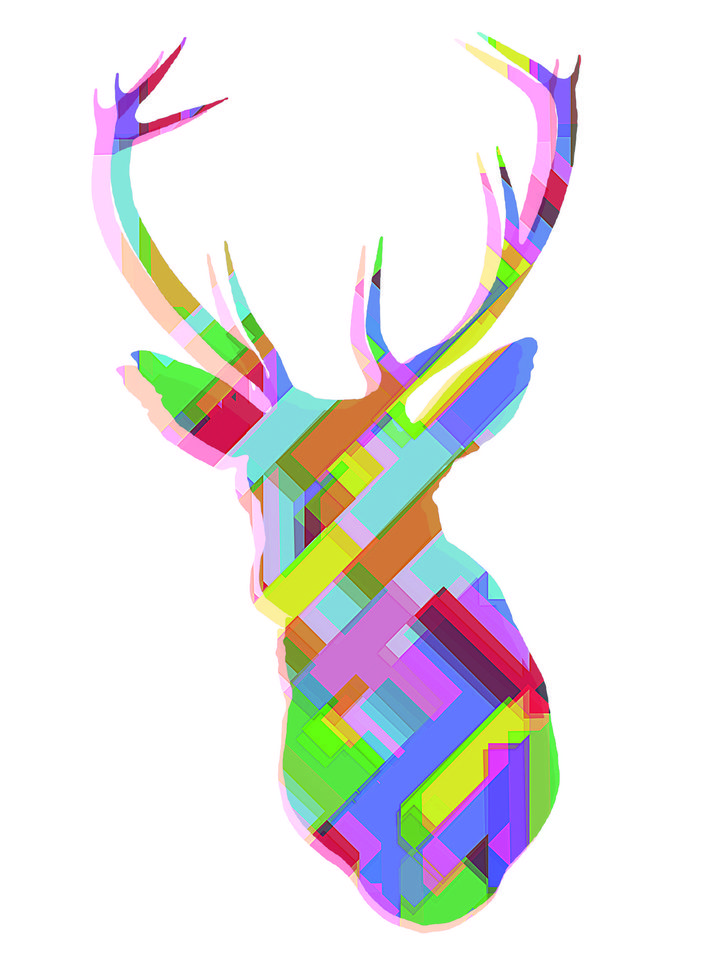 This is a screen print of a hand drawn silhouette and a combined computer generated mixed media graphic. The symbol was from my Nordic travels and a combined fondness with the Nordic art, color, and culture.

Edward Granger was born in Eunice, Louisiana in 1989. He received his B.S.Arch from the University of Louisiana in 2011. Granger has exhibited mainly in the southern US with representation from Sibley Gallery, New Orleans,LA, and exhibiting work at ArtBasel Miami and even internationally at Galerie MM in Berlin, Germany. His work has been reviewed in ARTNewOrleans, Art & Art Galleries of the South, Highbrow Magazine, ADON Magazine and featured in The NY Times-featured within a story about Bradford Shellhammers house and art. Currently, Eddie works and lives in Manhattan, NY

Edward Grangers work represents awkwardly beautiful fantasy worlds. At once composed and formless, my work owes an obvious debt to the Fauvists’ supremacy of color over form, an aesthetic approach in harmony and tension within structurally informed compositions, using inspirations such as George Seurat, Sol Lewitt, and Pia Fries.
Granger’s work is about observing nature. For Granger the number 3 holds high significance as it represents the three elements of nature: earth, wind and fire. He uses the number 3 as the basis for construction of his works. Many of the lines that pulsate through them are made of three colors. Those lines not comprised of three colors are duplicated two more times throughout the piece, making them three of a kind.
Granger’s background in architecture is evident is his compositions. Their controlled fluidity is an intentional effort to create something at once structured and formless. Granger also draws inspiration from fauvism, imbuing his works with the bold colors of the movement.