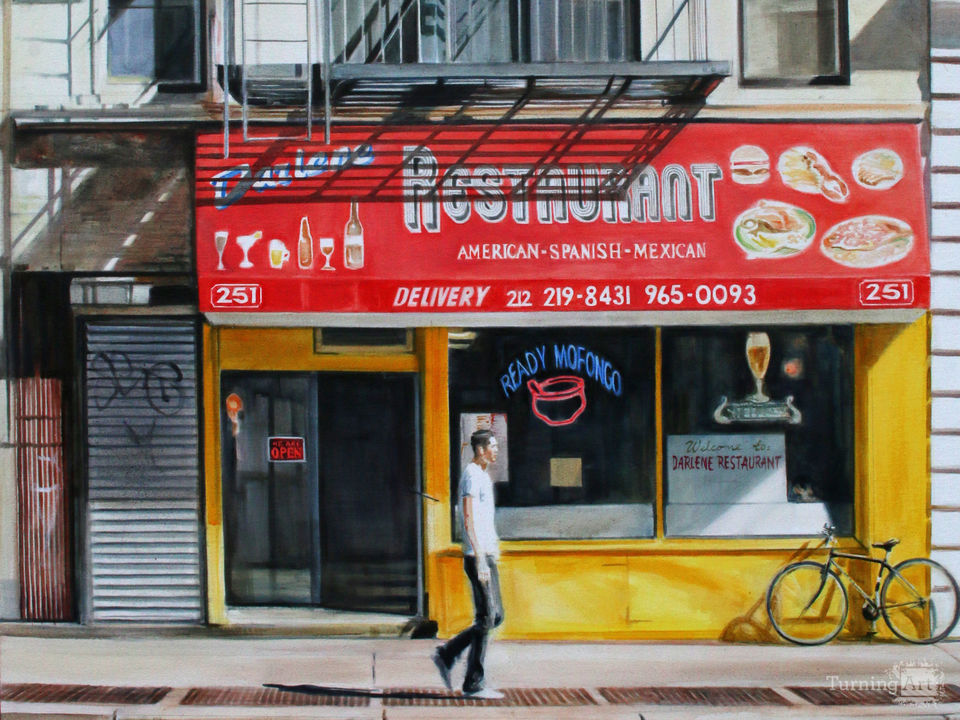 A restaurant on New York's West side, vibrant signage attracted me to paint this, a figure passes by on one of those very hot New York Summer days.

Other works by Georgia Peskett

Georgia is based in the U.K.

After graduating from Epsom Art School, Georgia went on to apprentice a select group of artists in New York, where she began creating urban landscapes. The first was a 6 foot canvas of the lower east side of where she then lived later to be snapped up by an investment banker, beginning her career as a professional artist.

Back in London some years later Georgia had a sell out show of London landscapes at an art fair in Islington. Georgia is interested in the unremarkable subject matter, exploring elements often overlooked within the urban landscape. Her subjects are selected from photographs and remembered locations are often referenced as subject and influence.

Her materials vary, from mixed media on prepared paper boards and linen to the more traditional methods of Intaglio printing. Georgia's work can be found in numerous collections worldwide including the British Telecom Public collection and the private collection of The Earl of Chichester.