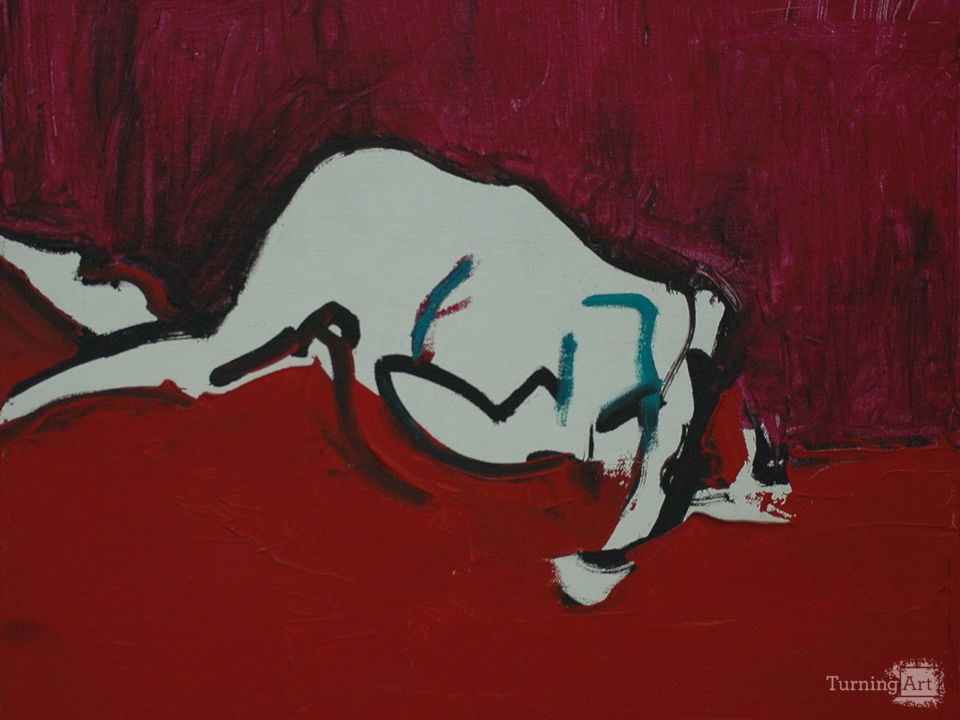 Other works by Liz Maxfield

Liz Maxfield was born in Texas and moved from place to place with her family until they settled in the pacific northwest. She later attended the art school at the University of Washington in Seattle, where she graduated in 2002 with a focus in painting.

After college, Liz moved to Rome, Italy to work, travel and make art. A couple of years later, she moved into an art studio downtown Seattle. Liz has exhibited in two solo shows at "La Familia Gallery":http://www.lafamiliagallery.org, she has participated in two international art fairs, and she was featured 2010 summer edition of "Studio Visit Magazine":http://studiovisitmagazine.com.

When painting or drawing, Liz tries to capture the space that exists between and around people and places. At the same time, she strives to create a well-balanced and structured movement of paint or drawing marks overall. She believes that finding the physical space enhances the painted subject or narrative.