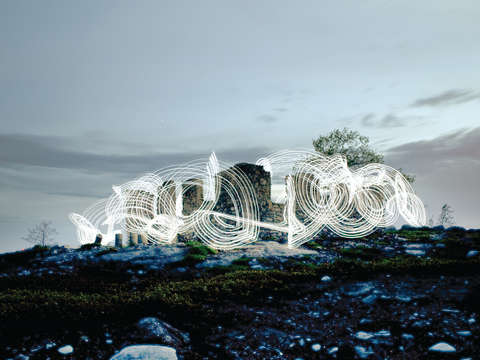 Abandoned after a fire, the stone foundation of this old house sat wanting for years to be occupied. It's been destroyed and remains nothing but a pile of rubble now, but for a decade or so, the skeleton of a beautiful home was a favorite gathering for adolescent courtship rituals involving Natty Light and schwag blunts. Now it exists only in memory and narrative. When I first encountered it, all I could see was a beautiful possibility for a house situated in the middle of some of Maine's most picturesque blueberry barrens, only to find upon closer inspection rusted out bicycles, broken glass, and some rather inelegant graffiti. In such a place, I wove a new narrative for this overlooked and misused wonder, a history which bears repeating, both for those who knew it's seedy underbelly and for those who will never see this place in person.