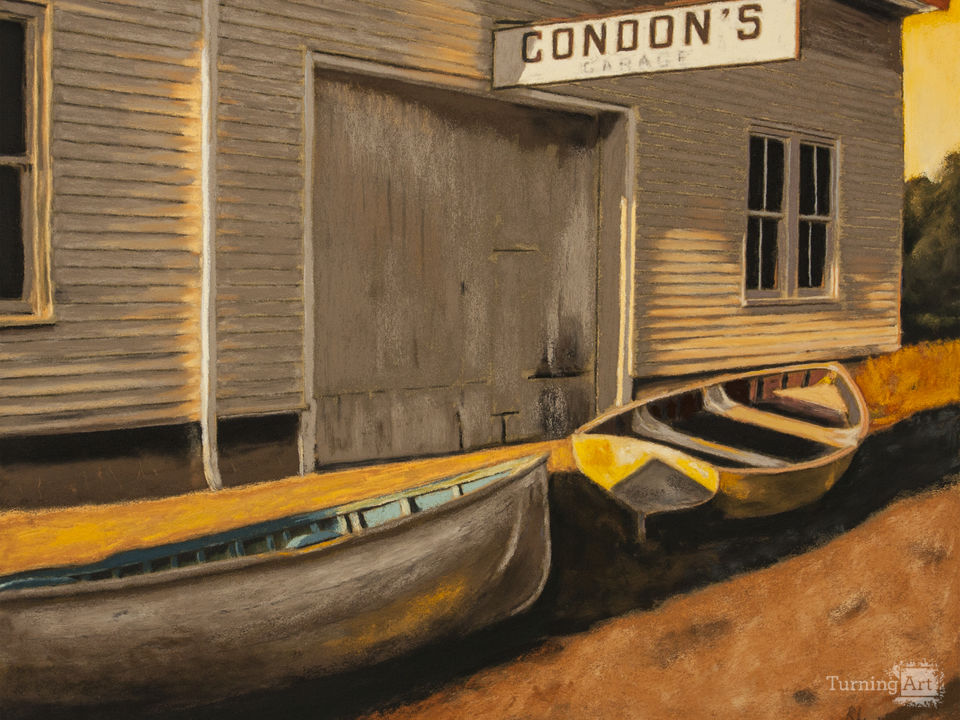 Bucks Harbor, a quiet village on Penobscot Bay and my favorite time of day, sunset light which enhances the warmth
and strength of the old boats and garage.

Other works by Richard Levine

Richard Levine, born in Newark, NJ, is a painter and photographer whose professional career has spanned more than 30 years in the graphic arts working for prominent design firms and corporate clients. He studied oil painting for four years with artists Alan Turner and Andrew Lattimore and photography with Gary Winogrand. Extensive travel and projects throughout the United States, Europe and Asia have formed the foundation for his personal work. Photo documentary work has included the Darfur refugee camps in Eastern Chad for the International Medical Corps and childhood health conditions in the Mississippi Delta with the Ann E. Casey Foundation. Richard has exhibited widely on the East Coast from Virginia to Maine in both solo and group shows. He won a NY State Certificate of Merit for his exhibit, "India, A Traveler's Reflections." In the fall of 2013, he was featured cover artist for the literary journal "Grey Sparrow." His documentary work is in the permanent collection of the Museum of Jewish Heritage, NY. Levine is a 2017/18 recipient of a Pollock-Krasner Foundation grant. He currently teaches pastel painting at the Falls Church Artspace. "I like to paint in places where the weather, the traditions and the geography still dominate; where I can still connect to what has gone before and one feels an authentic sense of place." For the past several years, Richard has been painting in acrylic, watercolor and gouache and using different texture mediums as well as acrylic spray paint.

Levine is a member of The Pastel Society of America and the Deer Isle Artists Assoc. and he recently moved his studio from New York to Virginia where he now resides with his wife and two children.