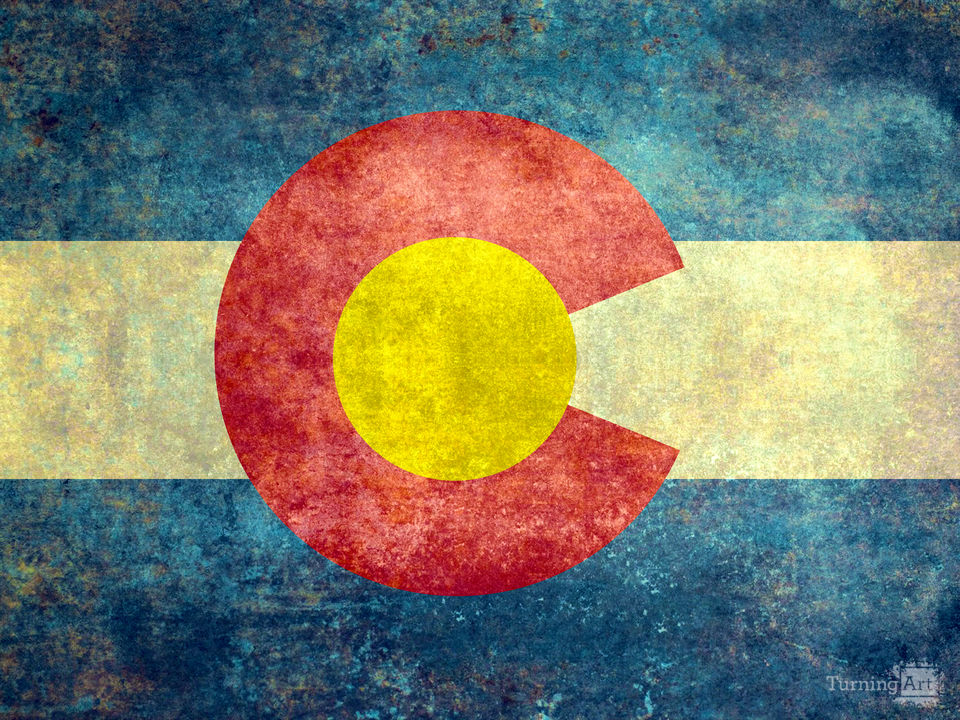 The flag of the state of Colorado consists of three horizontal stripes of equal width; the top and bottom stripes are blue, and the middle stripe white. On top of these stripes sits a circular red "C", filled with a golden disk. The blue is meant to represent the skies, the gold is said to either stand for the sunshine enjoyed by the state or the gold mined traditionally in the state of Colorado, the white represents the snow-capped mountains and the red represents the red colored earth (from Spanish Colorado, meaning “colorful”)