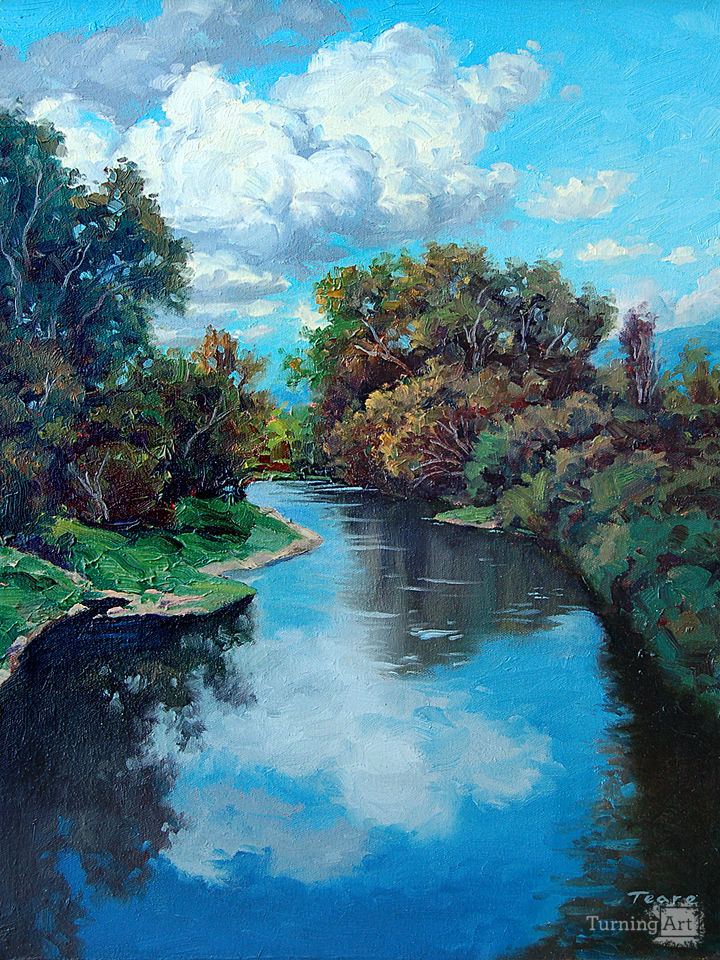 Other works by Brad Teare

Brad Teare has been carving woodcuts for over twenty years. In 2004 he began painting "en plein air" and fused his love of woodcuts with his love of the Landscape. He spent the nineties illustrating for publishers such as The New York Times and Random House, where he did book covers for authors such as James Michener and Anne Tyler. He grew up in Kansas revering artists such as Rockwell Kent and Lynd Ward and worked summers at a small letterpress print shop.

At age eighteen Teare traveled to Northern Idaho and built a log cabin in the foothills of Moscow Mountain where he spent a year painting in watercolor. It was difficult painting through the winter when the days were short. In the evenings he persisted by painting next to a kerosene lamp and slowly began to learn the fundamentals. That summer he worked in the Cascade Mountains building trails. It was amid the beauty of the Alpine Lakes Wilderness Area that Teare knew he would one day devote himself to Landscape painting.