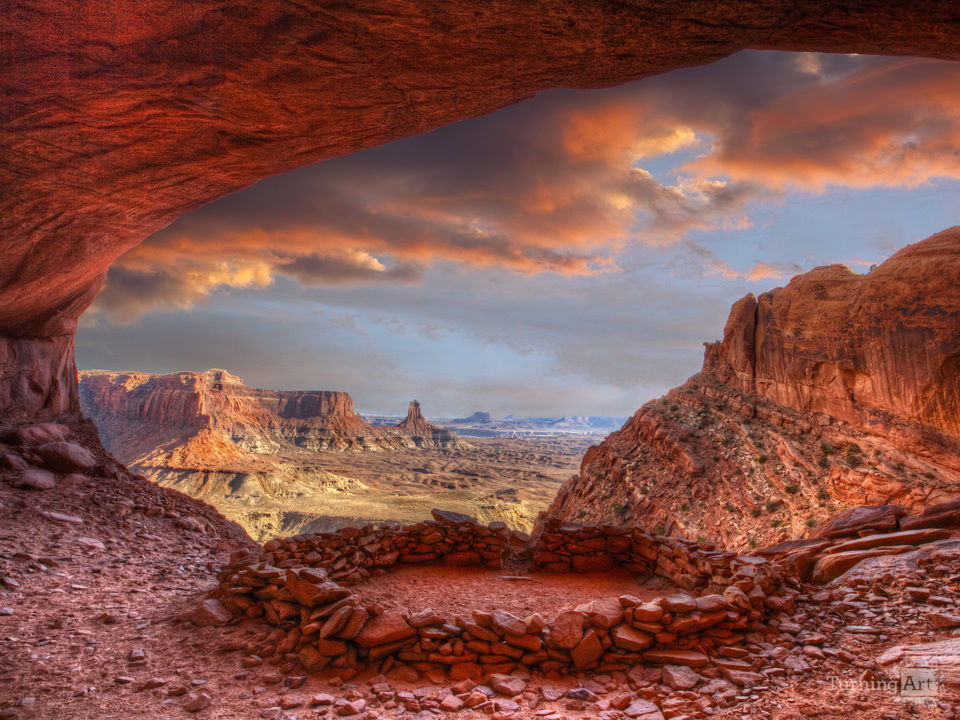 Cave of the Ancients

A gorgeous southwestern sunset sky mimics the the late afternoon light that illuminates the sandstone rock formations of this Utah desert scene. The ancient Anasazi fire pit is but a remnant of a mysterious native culture that disappeared over 700 years ago. All that remains is this well preserved ceremonial gathering place hidden high atop the canyons in this secret cliffside location.

Other works by Mike Direnzo

Mike DiRenzo is a retired 6th Grade English and Science teacher and he is the current President of the Photographic Federation of Long Island which is the governing body for 21 camera clubs in the New York Metro Area including Queens, Brooklyn, the Bronx, Nassau, and Suffolk counties. Mike is also the former President of the 120 member "Huntington Camera Club":http://www.huntingtoncameraclub.org/ in Huntington, New York. He has six times been the winner of the Leonard Victor Award from the "Photographic Federation of Long Island":http://www.pflionline.com/. In 2009 the "Photographic Society of America":http://psa-photo.org/ awarded Mike a Gold Medal in their Annual International Club competition. He also won the first place award in the PSA 2010 International Travel Photo competition and third place in the PSA's Photo Travel competition in 2013 and first place in the PSA's 2013 Creative Imaging Division.

Mike has had his work featured on the websites of "Popular Photography":http://www.popphoto.com/gallery/friday-sep-24 as well as "Outdoor Photographer Magazine's":http://www.outdoorphotographer.com/.