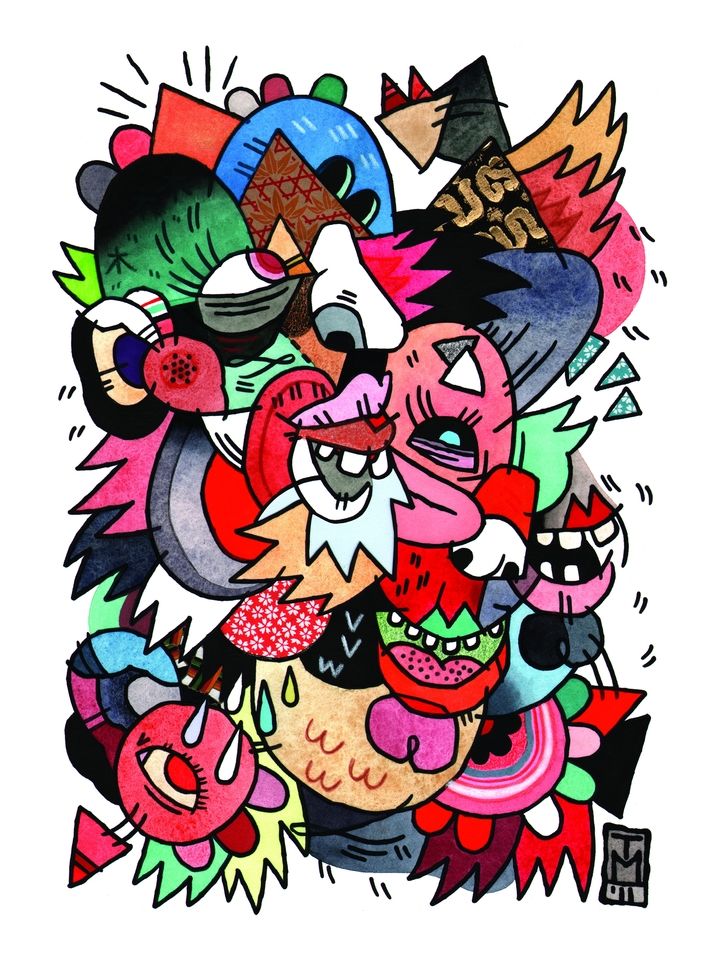 One of five pieces created simultaneously, in an attempt to capture the human condition.

Other works by Taylor McClure

Taylor McClure considers himself to be a mark-maker. After his mom taught him how to draw a frog, making marks became his daily obsession, and Taylor has left his mark on many surfaces since.

In 2010, he graduated from the University of North Texas, where he studied printmaking. As students, he and four friends began a screen printing operation under the moniker Pan Ector Industries. Upon graduating, he continued to show his work in both solo and group shows around the state of Texas, winning several best in show awards. His work – combining ink, gouache, origami paper and crayon – is crude, colorful, and full of flavor. The result is an explosive convergence of anxiety and hysteria in the form raw sincerity.

Taylor has recently relocated to Charlotte, North Carolina, to start fresh with his loving girlfriend Ally and their cat Gus.