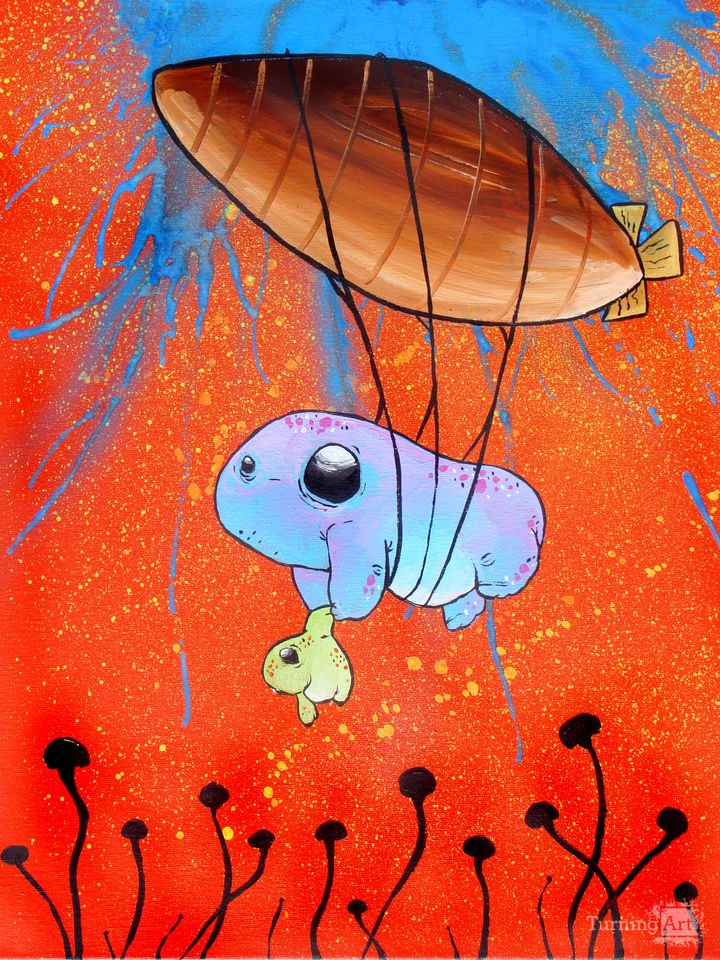 These creatures need to travel by propelled balloon to get to their destination. When they ride together they find they can save on air. And air is their fuel.

Other works by Jared Konopitski

Jared Konopitksi is an artist whose work has been shown not just in United States, but in Canada, Ecuador, Norway, Italy, and the United Kingdom.

He has exhibited at the "Crocker Art Museum":http://crockerartmuseum.org/; been featured on "KVIE PBS":http://www.kvie.org/; and, as a member of the Scary Art Collective, done comic-strip illustrations for Nic Caesar’s “Mosquito and Spider.” You can find his work in such publications as "Juxtapoz":http://www.juxtapoz.com/, Heavy Metal Magazine, "Fringe":http://www.fringemagazine.org/, "SubMerge":http://submergemag.com/ and "Wow! Cool’s Psycho Nurse Calendar":http://wowcool.com/engine/releases/psycho-nurse-2011-calendar.

In addition to painting, Jared creates toys and curates art shows, seminars, and workshops. He has curated several shows for Sacramento’s Vox Gallery, including, not surprisingly, one called “Godzilla vs. Art.”