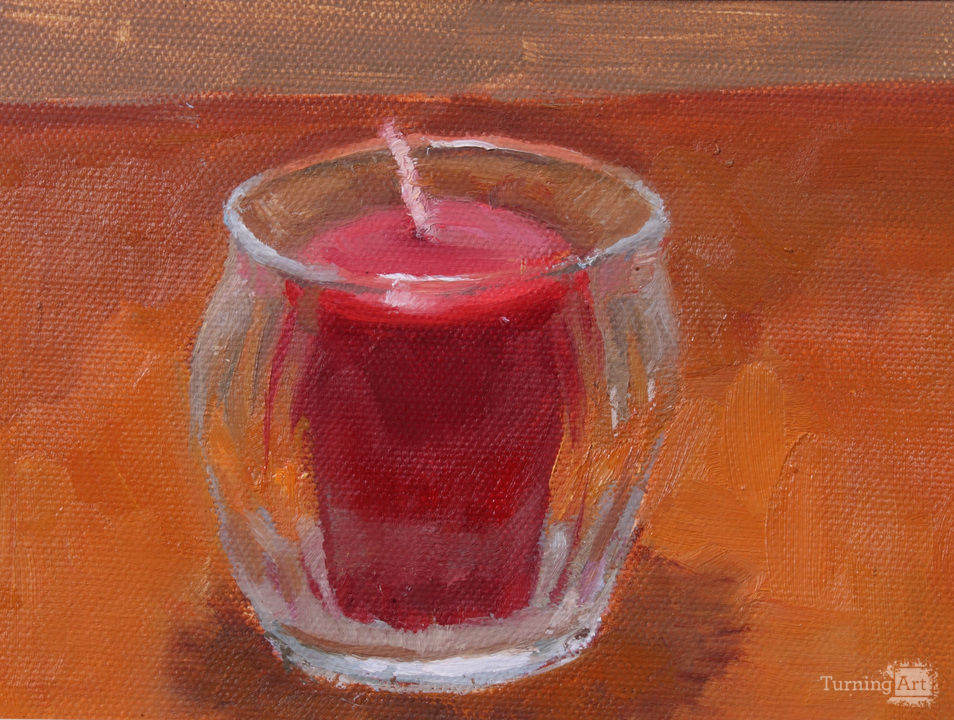 Candle is a little work of oil on canvas.

Other works by Stanley Rayfield

A graduate of Virginia Commonwealth University, with a BFA in Communication Arts, Stanley Ralph Rayfield has specialized in portraiture for over a decade. While Studying at VCU he has participated in various group shows in Virginia. He has exhibited in Sage Moon Gallery in Charlottesville, VA, and participated in Society of Illustrators Student Competition in New York, NY.
Stanley received various scholarships and fellowships while studying at VCU. He was awarded the VCU School of the Arts Mallory Callan Memorial Scholarship, The National Society of Arts and Letters, Shirley Winston Scholarship, The Society of Illustrators George Wilson scholarship, and the Virginia Museum of Fine Arts Undergraduate Fellowship.
Since graduating from VCU, Stanley has received more honors and completed more commissions, and teaches art workshops part-time and does caricatures. He has taught at Henrico High School, Adams International School, and Maggie L. Walker Governor’s school, and has done several other workshops with Richmond City Schools. He painted the album cover for Verve Records: Clifford Brown CD, and exhibited in a Capitol One group show. He has had work exhibited in the Old West Museum, Western Spirit Art Show in Wyoming. Stanley Rayfield is also a member of the Air Force Art Program. Stanley has also drawn caricatures for a Special Olympics event in Maryland.
Stanley had a portrait, entitled “Dad,” in the Smithsonian National Portrait Gallery, where he was awarded second place in the 2009 Outwit Boochever Portrait Competition. He has been featured in the Online News Hour, Richmond.com, Richmond Times Dispatch Newspaper, and he has appeared on “Virginia this Morning” Talk Show. The portrait was featured in the April issue of “The Artist Magazine” and was featured in the Washington Post. In 2011 Stanley had a solo exhibit at Glave Kocen Gallery in Richmond, Virginia. The Show was titled “The Girls Next Door.” The Richmond Times Dispatch, RVA Magazine, and the December issue of “American Art Collector” covered the Show. Stanley has done portrait commissions for organizations and private individuals, and he plans to continue doing this throughout his art career.