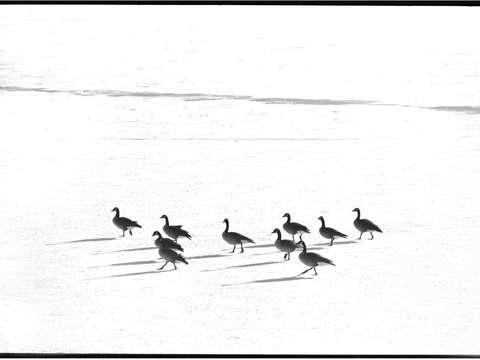 It was a brutally cold February day. In fact, the whole month of February had been frigid. There was some snow, some ice, but mostly just plain cold. I had a bad case of cabin fever and set out to by gosh get some fresh air, chilly though it was, and to look for good photos. As I rounded the curve coming off of the dam of Shawnee Mission Lake, I spotted this gaggle of geese slowly making their way across the frozen water. As I got out of the car, I realized that the Mommas and Pappas were on the radio singing “California Dreamin.” As i squeezed off those few frames before the “talent” had left the scene, I thought that “California Dreamin’” was an appropriate title.