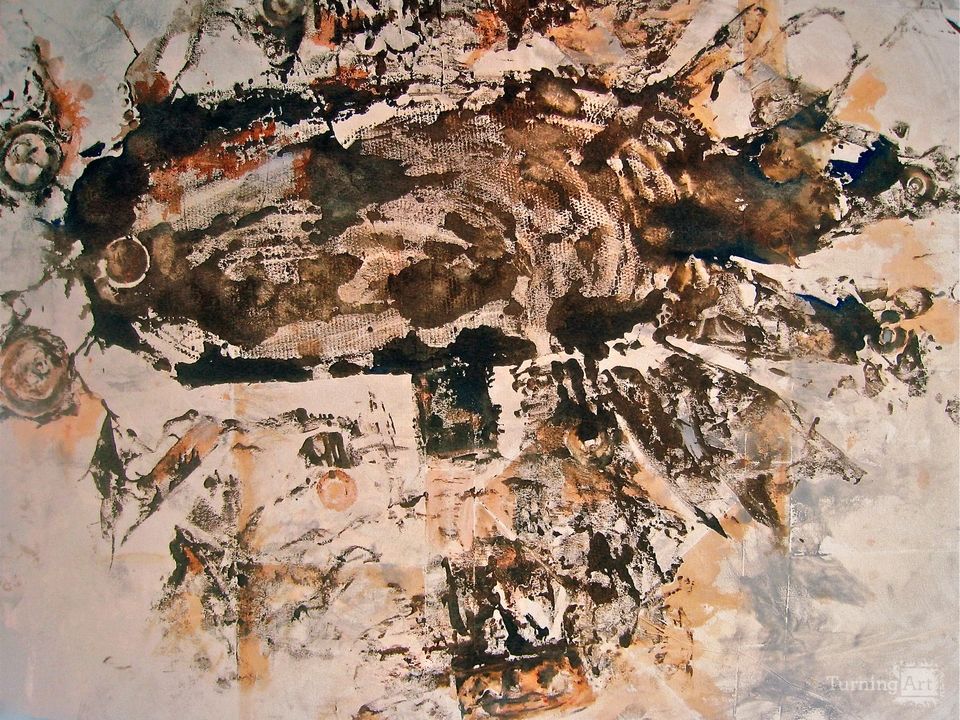 My current body of work has grown from observations of own habits, constant practices, and profound experiences in everyday rituals.

Other works by Roberto Cabrera

Roberto began to swim even before he could walk, and quickly recognized his fascination with water, reflections and colors. Growing up in South Florida, Roberto learned to appreciate nature and vivid colors. Throughout high school and college, he swam in a competitive world level and began studying art, focusing on the interior architecture of pools and bodies of water. In art school, Cabrera took this fascination and applied it to studies of abstract figures, peripheral views and underwater studies on depth and movement.

After graduation, he developed an interest on symmetric figures and patterns that also create illusions of depth and rhythm Roberto's current body of work derives from memory and sensations that create lyrical patterns of movement.