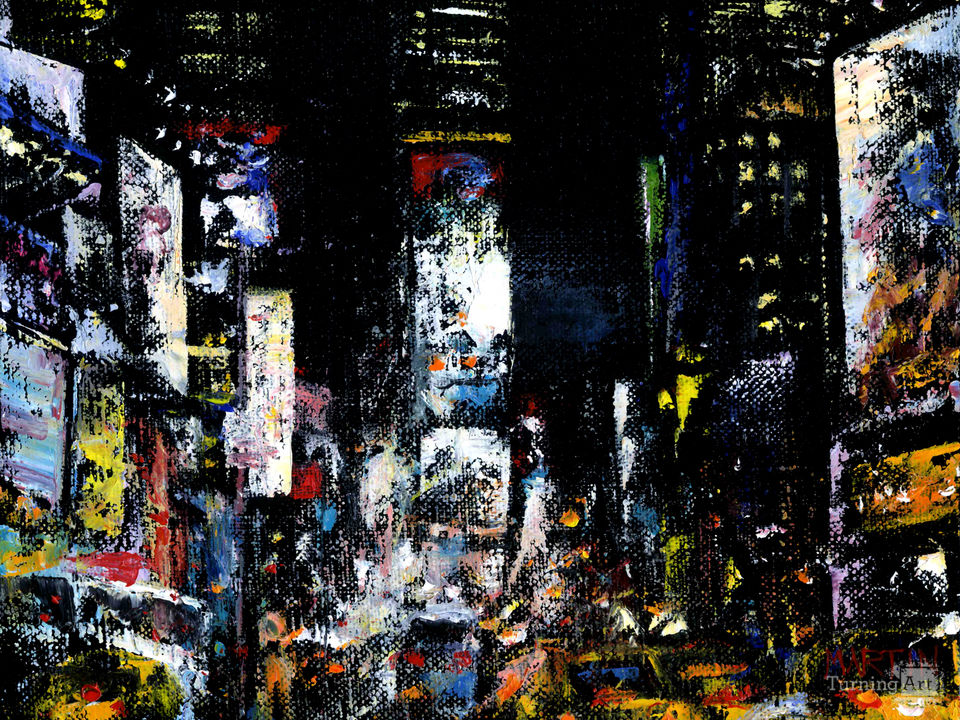 Broadway Hits is one of the many in the Faux City series. As usual with this series it was created via use of of palette knives. Inspired from the birth place of the artist and his fond memories and admiration of New York City. This painting is number #000338

Other works by Martin Velez

Born in the Bronx, Martin learned very quickly how tough life can be when, at the age of two, his mother decided to leave the family. He was raised by his father — a violent man of very little tolerance.

To escape his abusive life, Martin immersed himself in art, either drawing or painting. For a creative young child, it meant he would imagine, if only temporarily, living a different life than the one he was given. He would eventually fall in love with art and would paint and draw all kinds of things during his free time. Receiving praises from his teachers, Martin would eventually receive several awards and summer scholarships to pursue his dreams and talents, only to be denied the privileges of painting by his father.

Art started taking a back seat when his father decided that Martin needed to learn early about a real job. However, Martin kept drawing in secret, behind his father’s back.

As he got older, The Guggenheim became the place of growth for Martin. he was enthralled the first time he laid eyes on art by the greatest masters. It was an educational awakening as he studied the art strokes and color palette of the masters. For that moment he was inspired to become a painter but wondered if too much time and opportunity had been wasted. Not giving up and with very little money, he obtained his very first oil paint set and went to work. Even without the art education he desired, he felt that living in New York City provided all the lessons he needed as a testament of how he lived and how much he dreamed of creating art. The unpredictability of living in New York City would be his catalyst for his work.